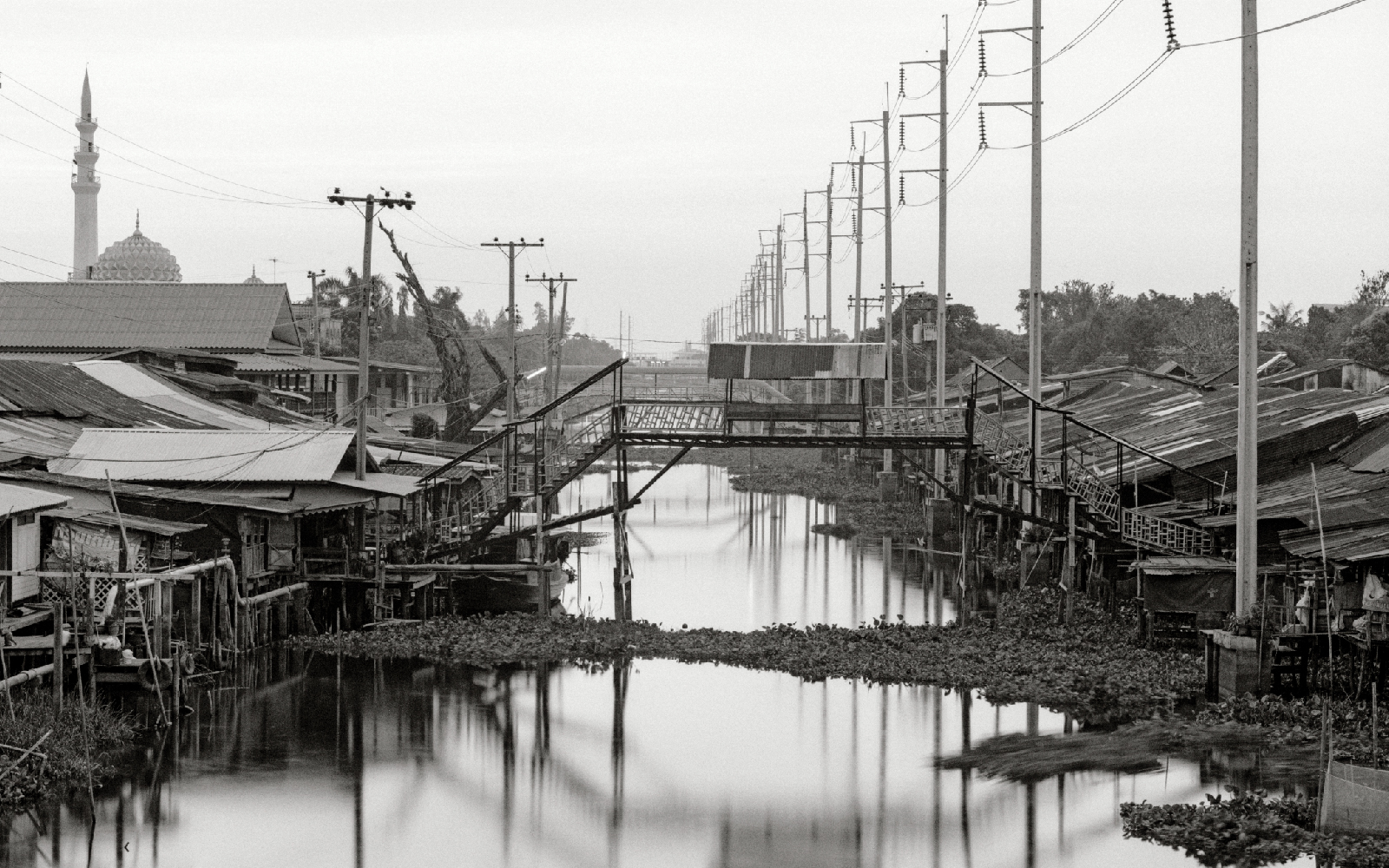 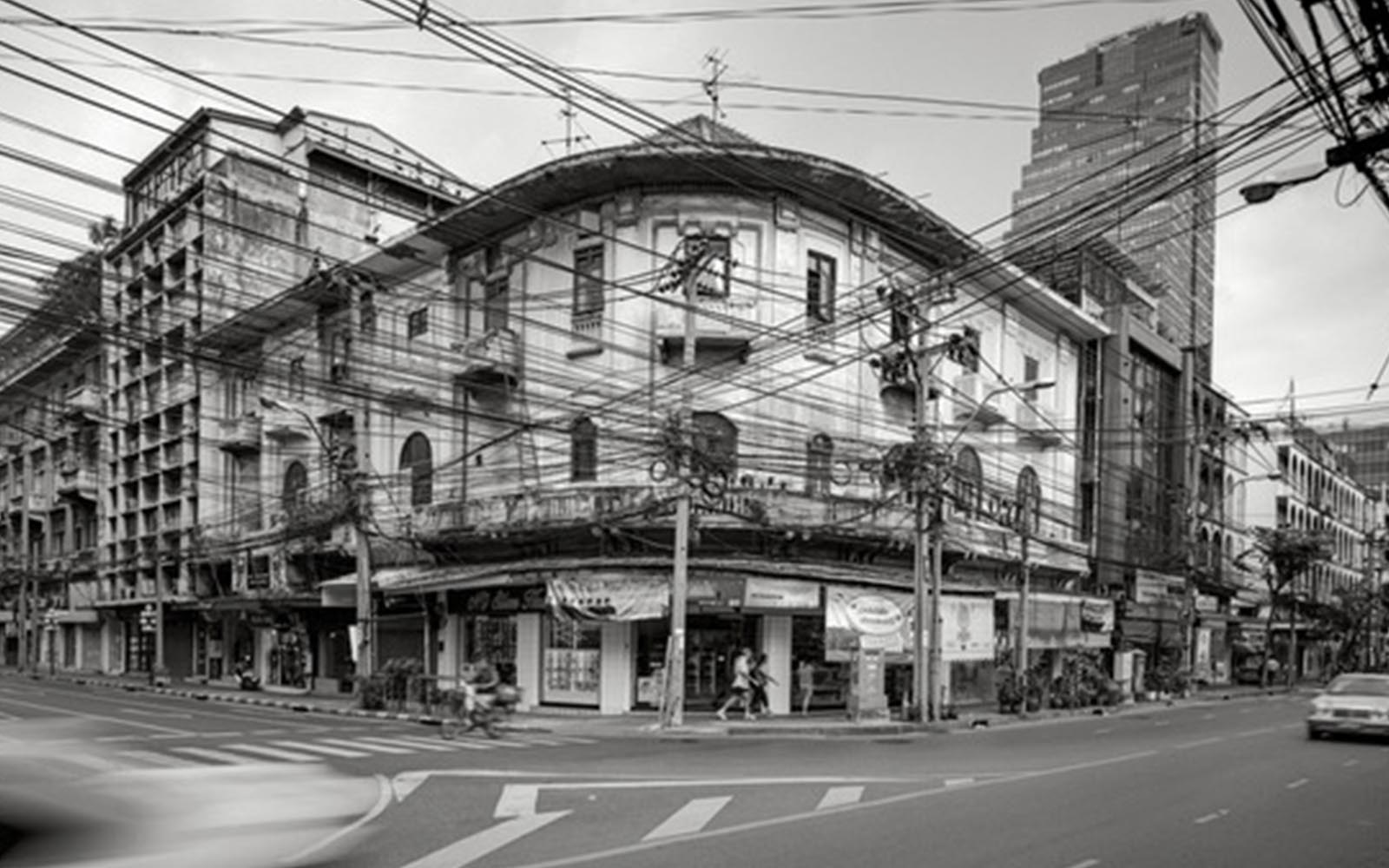 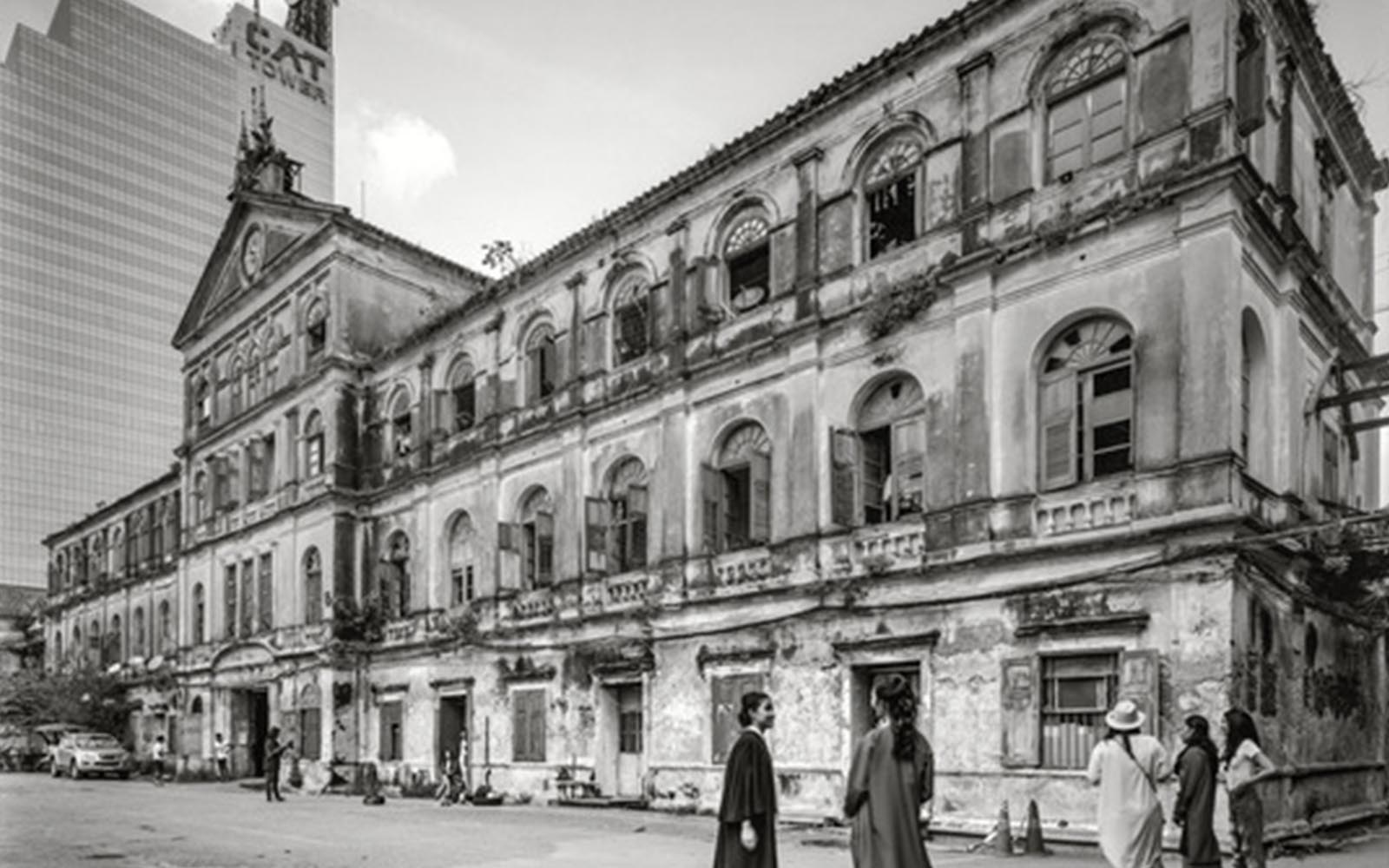 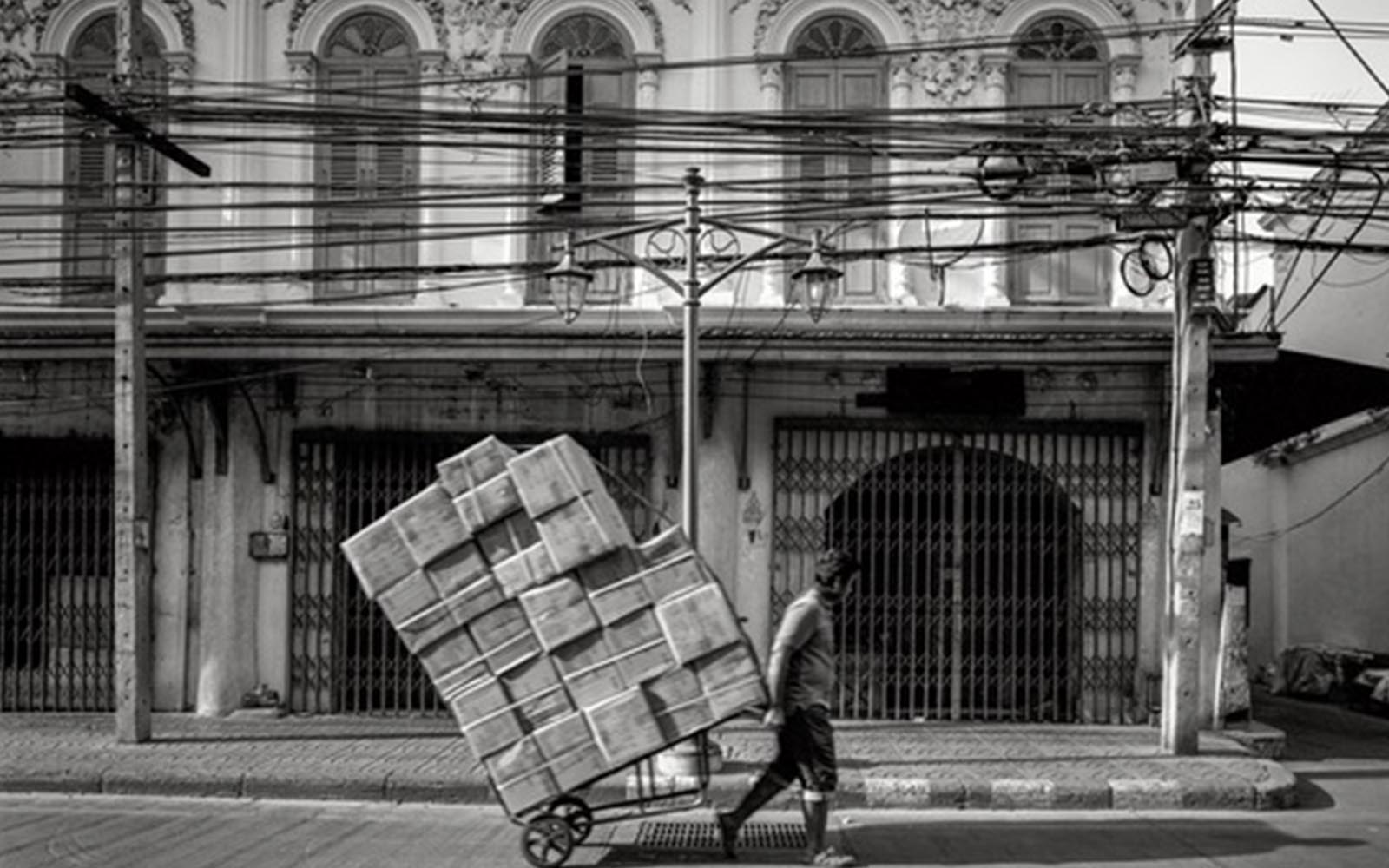 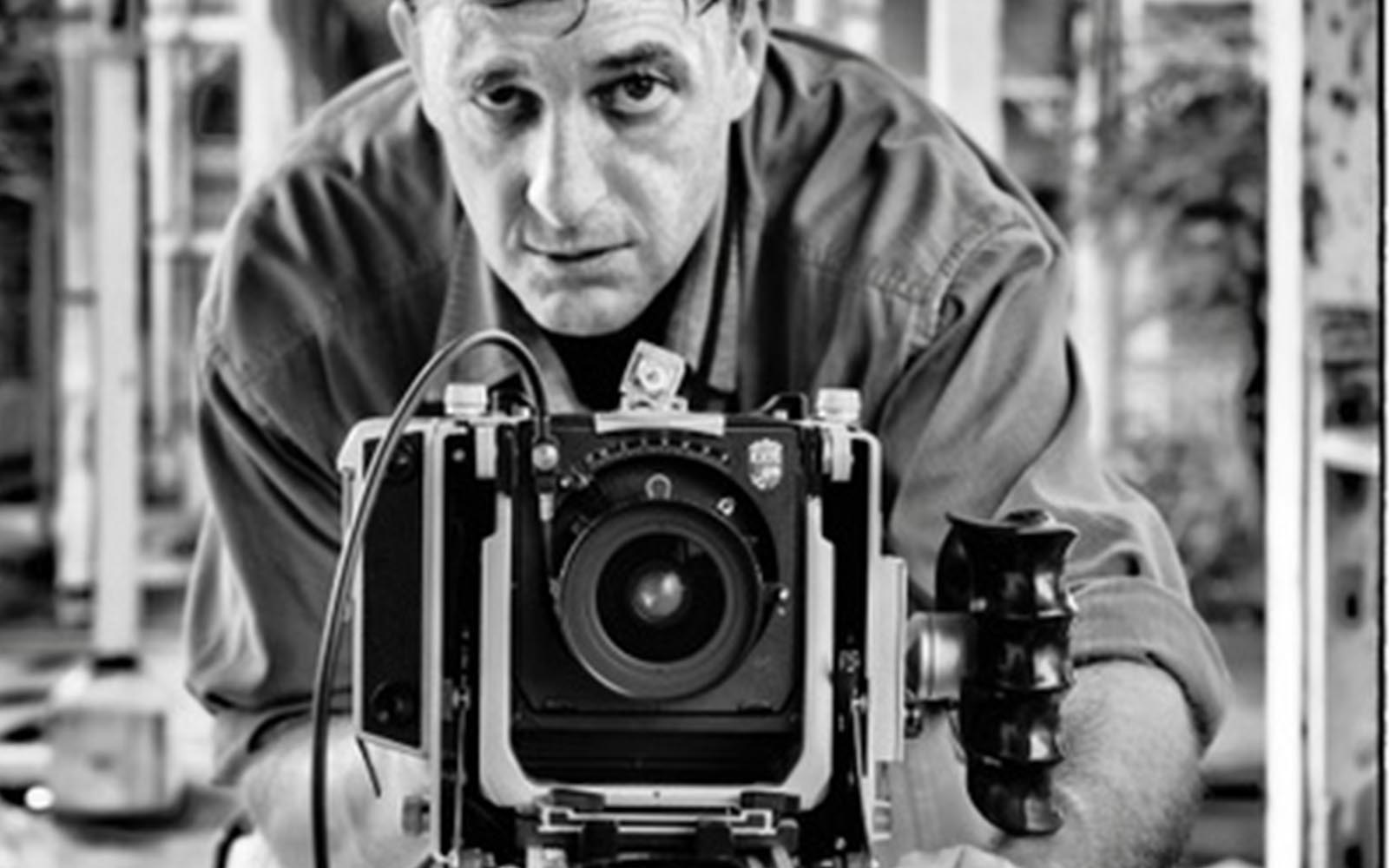 Vanishing Bangkok: The Changing Face of the City

Before it vanishes forever, The British photographer Ben Davies has juxtaposed older Bangkok with a rapid urban development witnessed through his lenses that capture hidden gems and fragile beauty in Bangkok such as Old Customs House, Old Tax Office, Surawong and Charoenkrung neighborhoods.

The series of black and white photographs as well as his book become a live document as a personal journey through forgotten parts of Bangkok which are unforgettable due to its precious cultural heritage.

Part of the proceeds from the sale of the book and photographs will go to the Santisuk Foundation and the Foundation for Slum Child Care under the Patronage of Her Royal Highness Princess Galyani Vadhana Krom Luang Naradhiwas Rajanagarindra. The exhibition is supported by Abercrombie & Kent Southeast Asia, a leading luxury travel company.

The exhibition will be held at RCB Photographers’ Gallery (2nd floor). Free entry.

Bangkok’s rapidly changing landscape is the subject of a stunning black and white photographic book and exhibition by veteran British photographer and writer Ben Davies called ‘Vanishing Bangkok: The Changing Face of the City.’

Shot over the past five years on a large format Linhof film camera, the photographs capture the city’s fragile beauty, its rich heritage and faded charm which may be about to disappear forever beneath a tidal wave of urban development. From exquisite images of the Old Customs House on the banks of the Chao Phraya River to the teeming alleyways of Chinatown, sleepy canals and dilapidated buildings shrouded in antiquity, they evoke the extraordinary history and diversity of this great city.

For Davies, who has lived and worked in Asia for 30 years, this project was a unique opportunity to document a side of the Thai capital that many people are unfamiliar with. “I wanted to open people’s eyes to an aspect of the city that perhaps they never knew,” Davies writes. “I wanted to capture the magic of this older Bangkok before it vanishes forever.”

Davies’ evocative and nostalgic photographs reveal the old world splendour of parts of the Thai capital and its embrace of different cultures from around the world.

An honours graduate of Edinburgh University, Davies has photographed and written a number of acclaimed books on vanishing cultures in Asia including ‘Laos: A Journey Beyond the Mekong’ and ‘Living with Spirits: A Journey into the Heart of Thailand’. He is author of ‘Black Market – Inside the Endangered Species Trade in Asia’, which documents the multi-billion-dollar global wildlife trade and was nominated as one of the most important books on the environment by CNN.

Davies’ photographs have been exhibited in Bangkok, Vientiane and Luang Prabang. His work has appeared in a wide range of distinguished publications and media including National Geographic, the Daily Telegraph, the Irish Times, Vogue and Time Magazine. He is a contributing photographer for Getty Images.