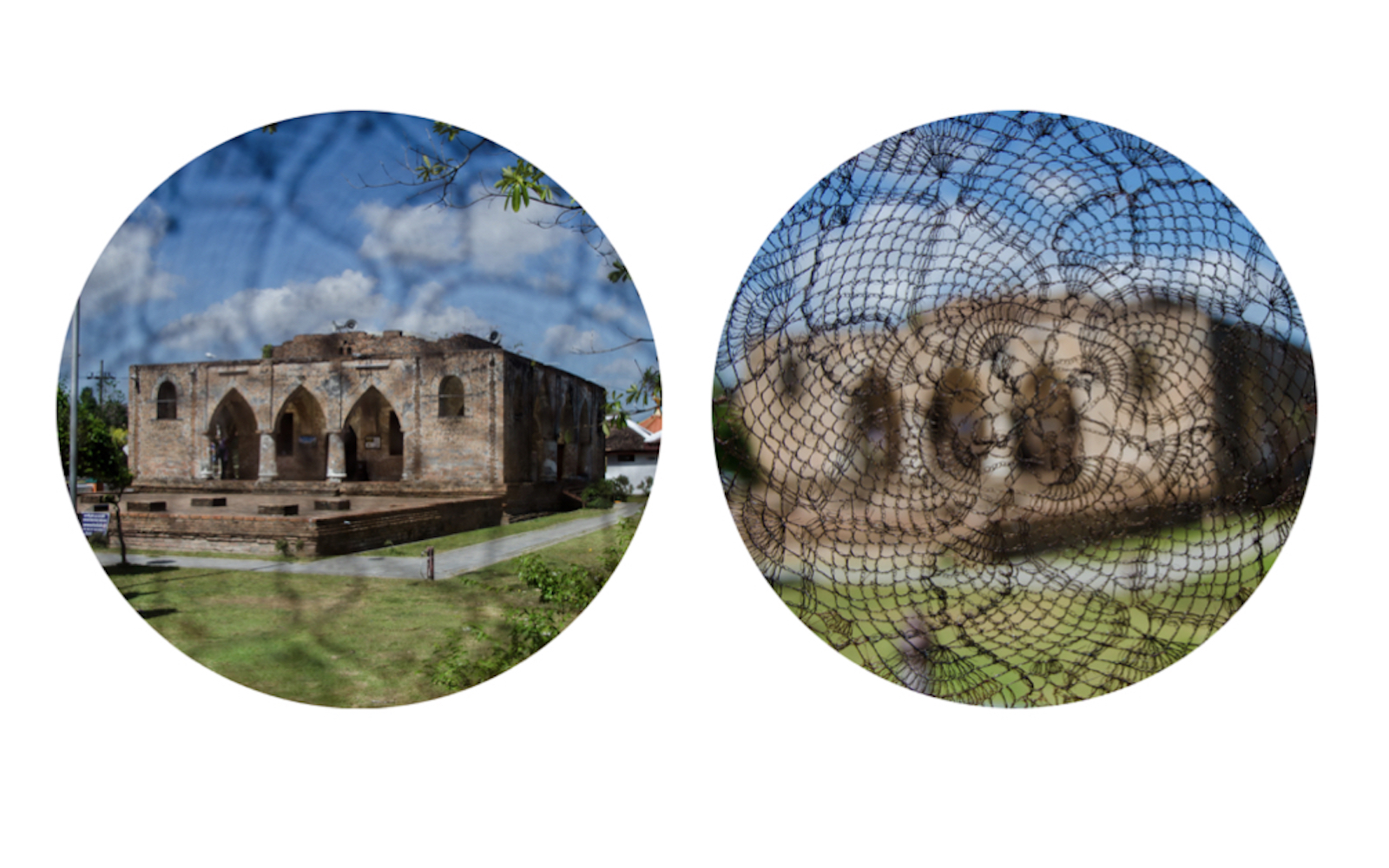 Images of nice architecture against a bright blue sky may look like images from travel photos, but if we tell you that these are temples, mosques, places of worship in Pattani province, what would you think? And if we tell you even more specifically that one of these places is the Krueseh Mosque, where there were 32 deaths, what would be your opinion?

(UN)SEEN is a new development of Imhathai Suwatthanasilp’s past series, see through – see true (2017). It was an art project that focused on the South Thailand Insurgency. That was when this issue received heavy media coverage. It was a hot topic with updated news on the ongoing conflict. Two years later and the media have lost interest, yet the problem persists. Because we are not seeing it, it doesn’t mean that the issue has been solved or gone.

By using light boxes, the artist intentionally makes a stark contrast to the subject at hand while reminding us of the role of mass media, from television, the Internet, to big bright billboards. All are constantly feeding news, information, advertisements and entertainment. Some may come with narrow perspectives and/or hidden agendas. And with billions of pieces of information flooding past in front of us, when we saw constant news about this issue, did we stop and pause and really look at the problem? Or did we just brush it aside like any other newsfeed?

Work in this series is a result of photos that were shot through human hair. The artist used the Facebook platform to receive hair donations, hair that came from both Thai Buddhists and Thai Muslims, inseparable and indistinguishable. These fragile hairs were then linked together one by one, prior to being woven into a delicate pattern intentionally reminiscent of the decoration on Islamic architecture. One set of photographs chose to focus on the foreground, a web of woven hair, dividing the background into small fractions, fragments of reality. While the other set, the focus was on the background emphasizing the architecture, but at the same time, our sight is blocked by the blurry lines of the hair. The circular shape of the images, set up in pairs, reminds us of human eyes, although they are purposefully atypical with both sides, left and right, slightly different. These artworks are inviting and directing us to see a certain structure in space and time, symbolic of the religious faith and beliefs that have co-existed in this socially and historically complex area.

Suwatthanasilp draws us to an issue that may have been forgotten. We are spectators, but are we only going to just look or are we going to react and push for the change? For this issue and for the next, the responsibility not only rests on the media but on all of us. This is the real Unseen Thailand, not like the slogans the government uses to promote tourism, but the part that many choose to un-see and forget.