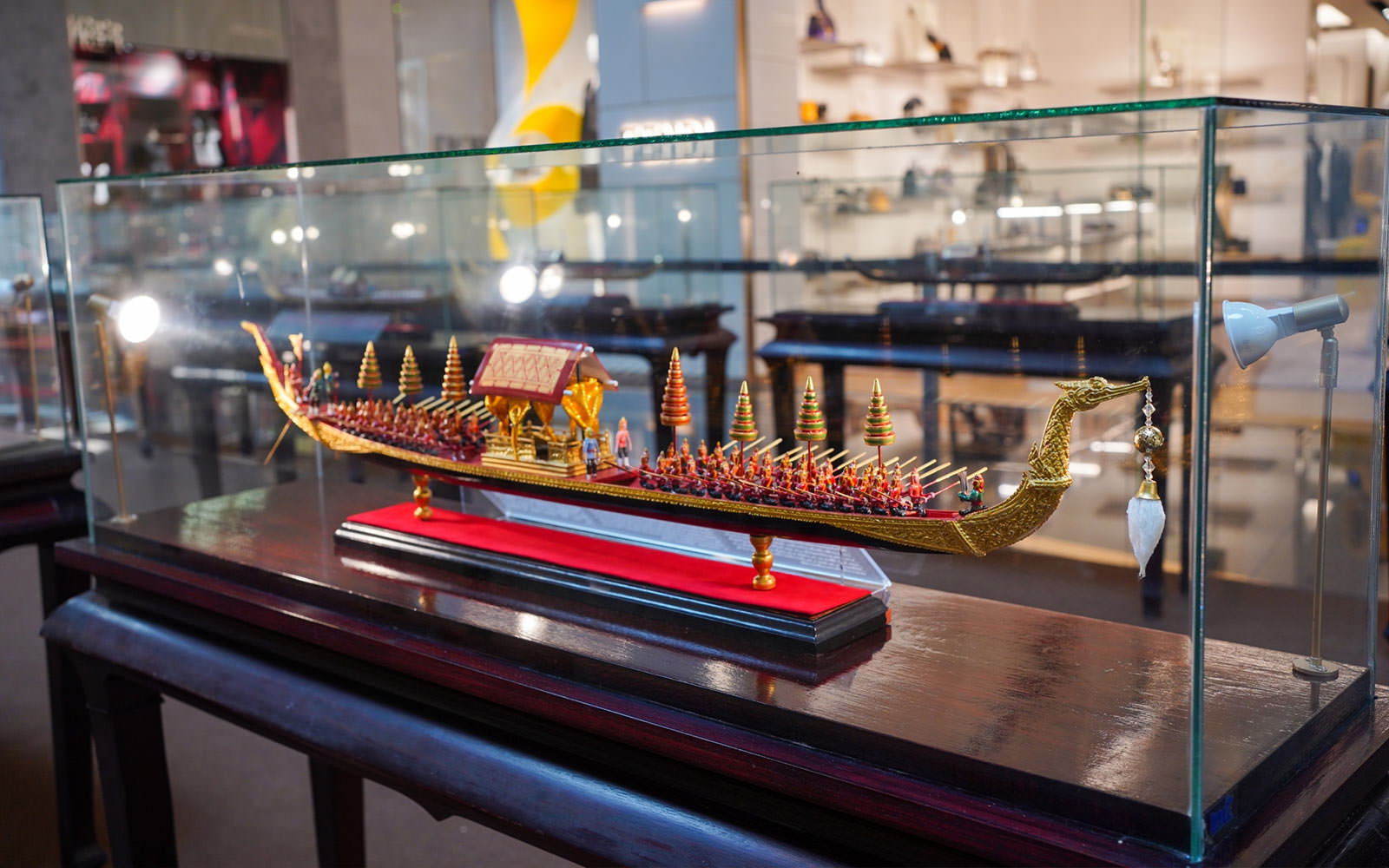 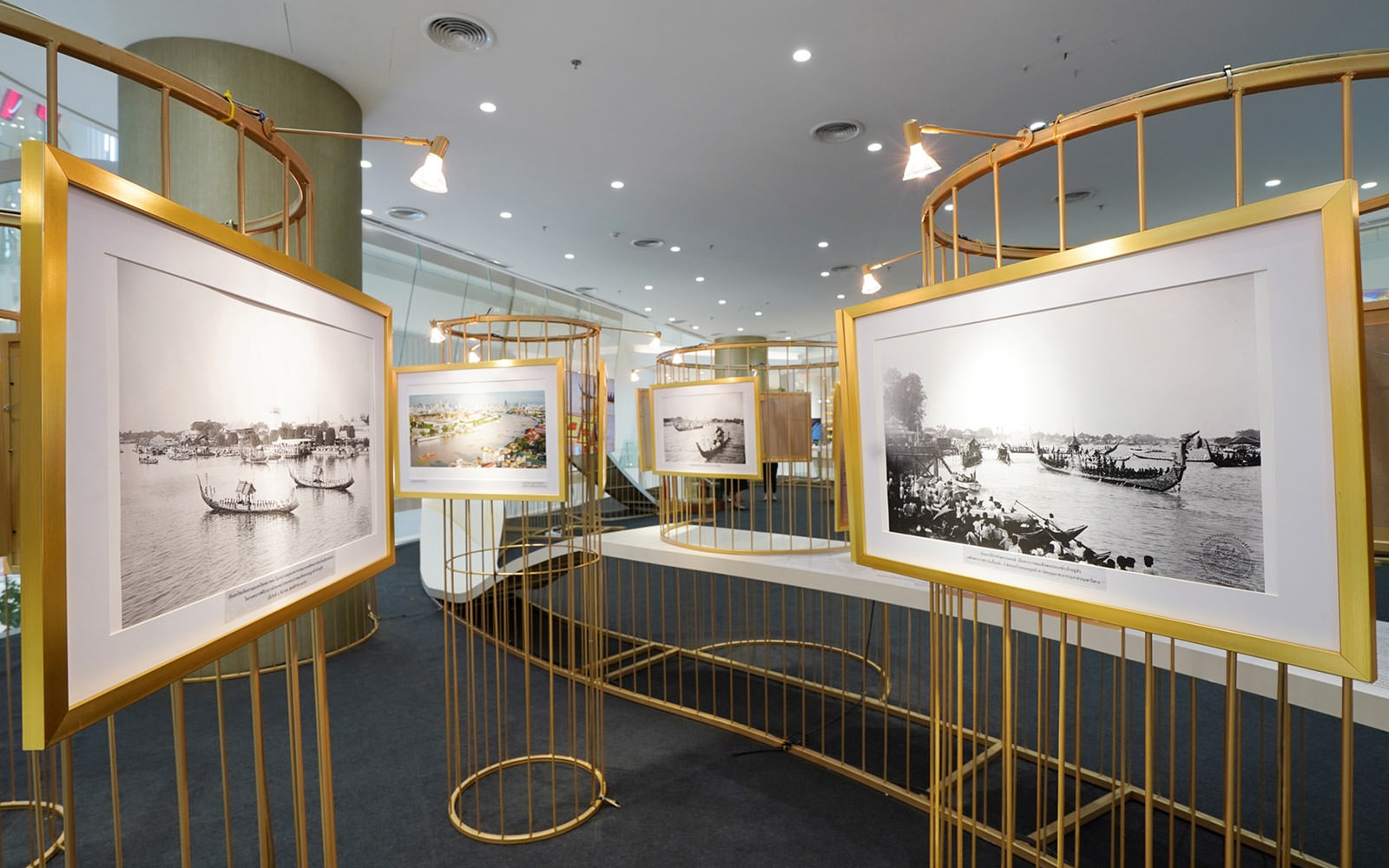 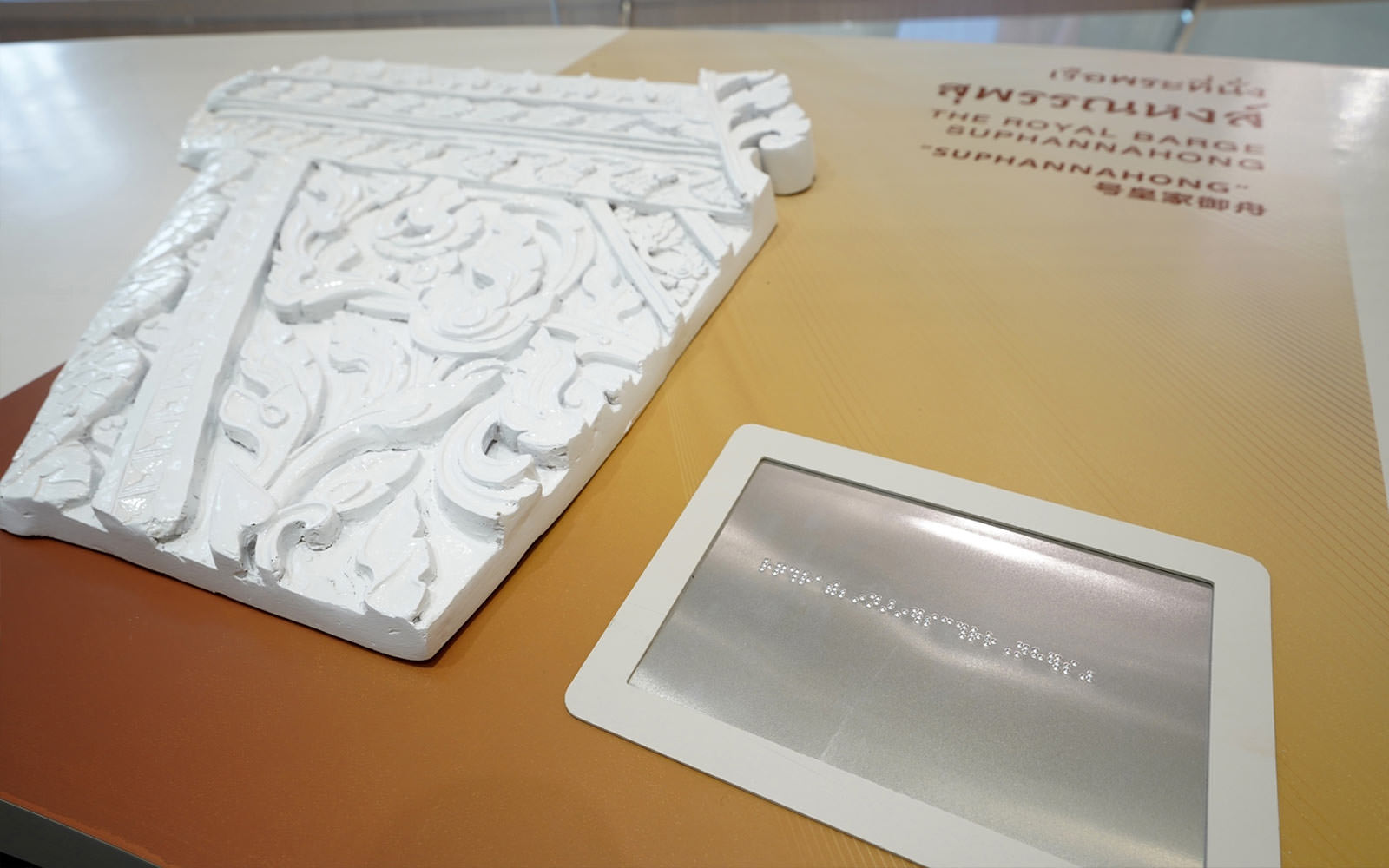 “Art Afloat”, an Exhibition of The Royal Barge Procession

To celebrate the Royal Coronation of His Majesty King Maha Vajiralongkorn Phra Vajiraklaochaoyuhua (King Rama X) in 2019, the Royal Thai Navy, in conjunction with ICONSIAM and representatives of the public and private sectors, is proud to hold “Art Afloat”, an Exhibition of The Royal Barge Procession on the Occasion of the Royal Coronation Ceremony of King Rama X, that reflects the glory of Thai artistry through the decorative elements of the royal barges.

It uses new audio visual technology that makes it different from usual exhibitions. This includes Touch Table, an LED screen that displays the decorative details of the royal barges, Panorama Hologram technology to assist viewers to admire the decorative details of the four royal barges: the Suphannahong Royal Barge, the Anantanakkharat Royal Barge, the Narai Song Suban Rama IX Royal Barge and the Anekkachatphuchong Royal Barge. There is also a section featuring stucco relief patterns taken from the four royal barges with Braille descriptions as an educational experience for visitors who are visually impaired.

Visitors to this exhibition will receive a programme booklet that contains information about the Royal Barge Procession. Virtual images of the Royal Barge Procession can also be viewed through Augmented Reality (AR) technology in 3-D form, together with all the exhibits via mobile phone cameras. Throughout the period of the exhibition, there will be ongoing activities such as floral garland workshops by students of the Wat Rakhang Girls’ School, a demonstration of hanging floral installations dating back to 1959, as well as colored glass ornaments workshops by students of the Royal Craftsmen College. These programmes are open to the public free of charge on Saturday 5, 12, 19 and 26 October 2019 from 2:00-4:00pm on the 1st floor, exhibition area.

The main multi-language exhibition (Thai, English and Chinese) is divided into three sections:

Section 1, “From Battle Vessels to Royal Ceremonial Barges” relates the origins of the royal ceremonial barges, the history of the Royal Barge Procession from past to present, the revival of the tradition of the royal barge procession in 1959 during the reign of King Rama IX, and a photographic journey as His Majesty King Maha Vajiralongkorn follows in the footsteps of his royal father.

Section 2: “Art Afloat” reflects the magnificence of the Royal Barge Procession, and the intricacy of the decorative elements of each royal barge as befitting a vessel for a monarch, the format of the procession, positions of personnel in each vessel, and the preparations by each armed forces unit, who have helped to preserve this national tradition in a display of loyalty to their monarch. Gold and silver oars and peacock feather fans that will be used during the upcoming royal ceremony will also be on display.

Section 3: “Furthering the Legacy of Royal Glory” is a video presentation of the Royal Barge Procession to mark the 60th anniversary of His Majesty King Bhumibol Adulyadej the Great’s Accession to the Throne in 2006. The Royal Barge Procession will once again take place in the reign of King Rama X on 24 October 2019 as part of the Royal Coronation Ceremony – the first time in the present reign. The event will be televised live on the day.

The Joy of Thai Cooking