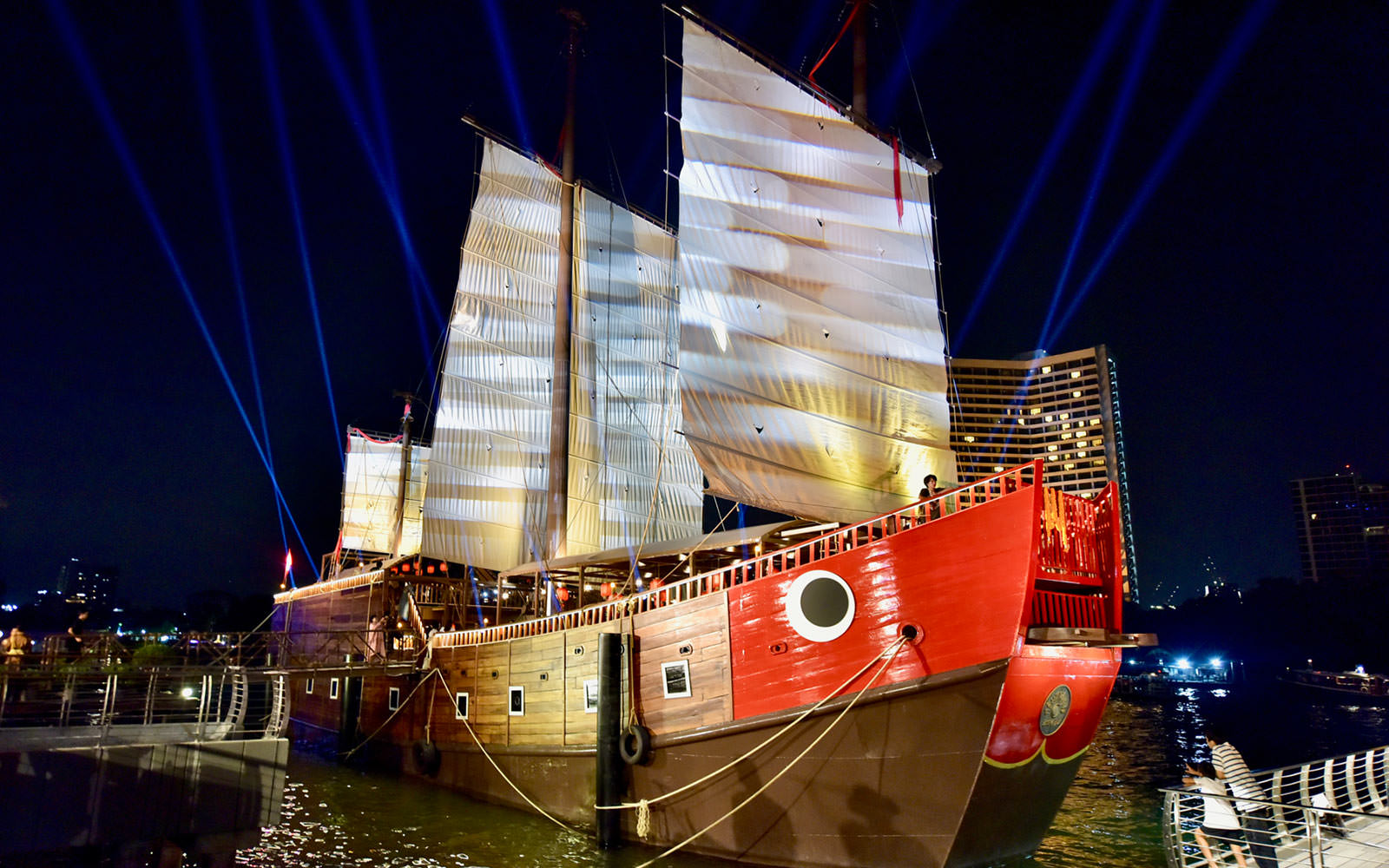 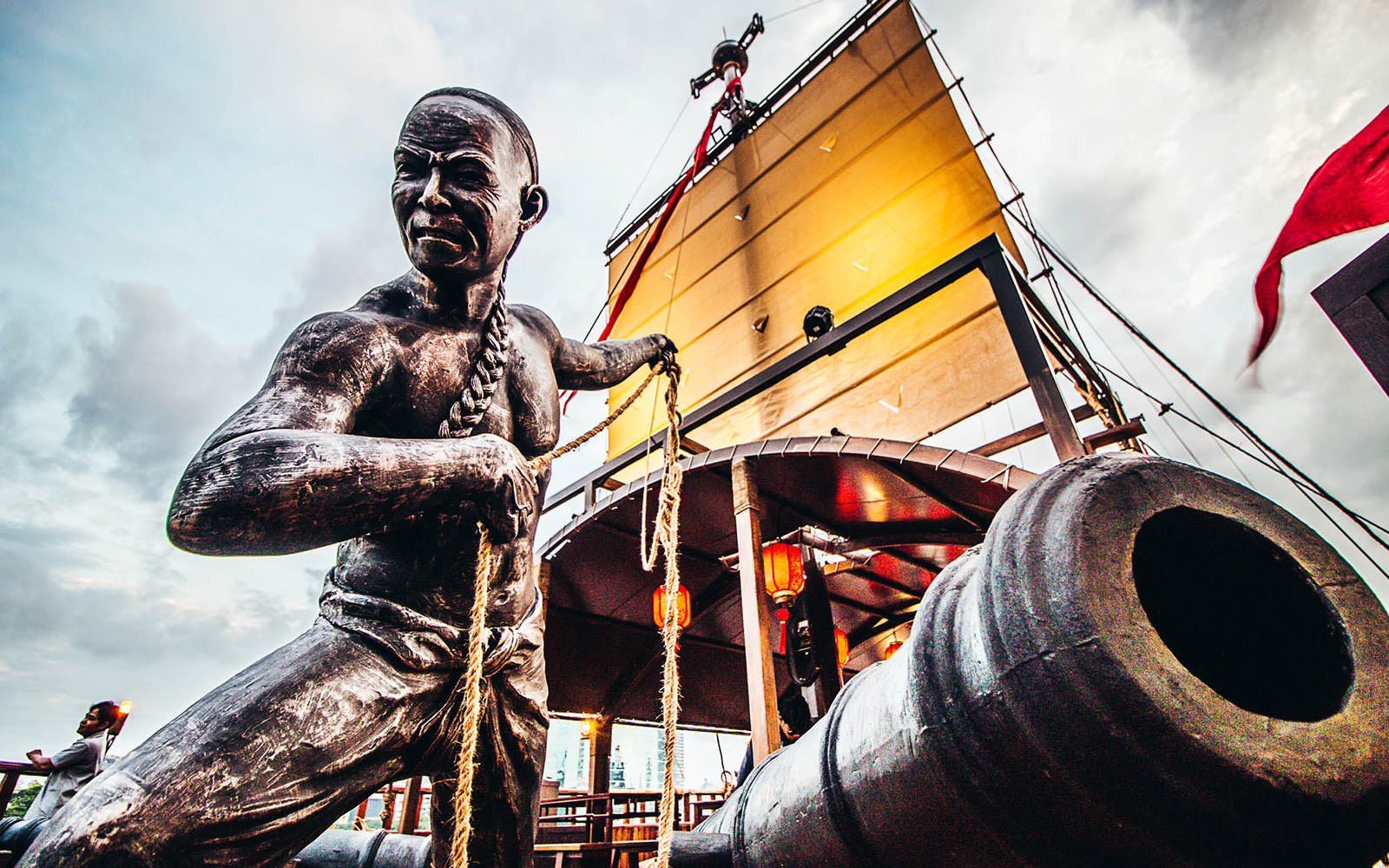 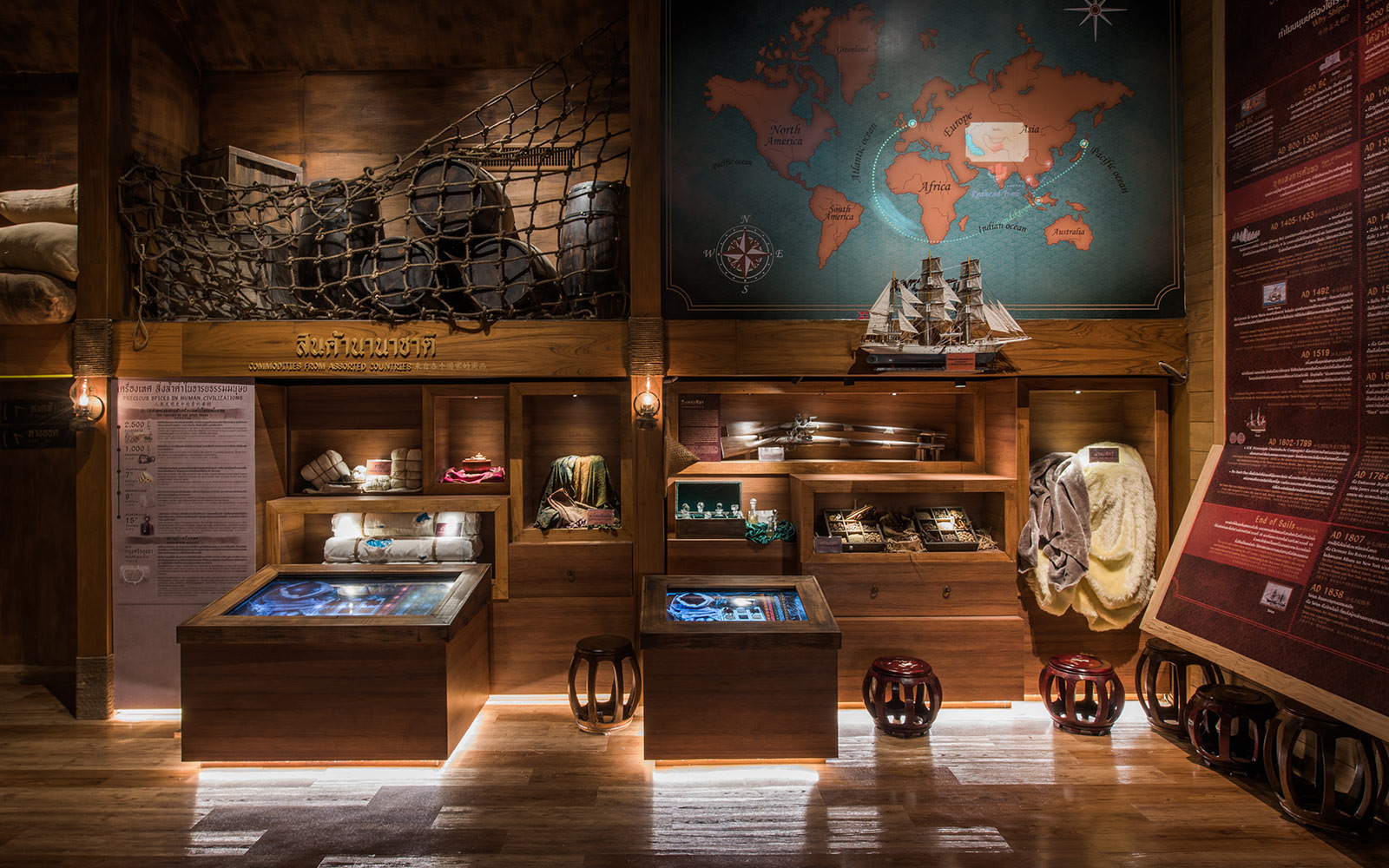 This museum showcases the life and legacy of King Taksin the Great for the public to learn about this pivotal period in Thai history at River Park ICONSIAM by the Chao Phraya River.

ICONSIAM has opened the first floating museum in Thailand on the ‘Sri Mahasamut Ship’ – the symbol of river-borne prosperity, to commemorate King Taksin the Great on the occasion of the 250th anniversary of the foundation of Krung Thonburi Sri Mahasamut. The museum showcases the life and legacy of King Taksin the Great in an exhibition using advanced techniques to tell stories and create a spectacular experience for visitors by making them feel like they are going back in time while boarding this ship.

The exhibition shows the King’s life and what he did to rehabilitate Krung Thonburi and how he made it into a major port city. The floating museum ‘Sri Mahasamut Ship’ symbolises the prosperity brought by water streams and was exquisitely modeled after the red head ship, as called by the Teochew people. It takes visitors back to the days of ship trade in the 18th century when Krung Thonburi was a major port in an international trade route, to let Thais and anyone interested learn about a crucial period in Thai history.

The exhibition area is divided into three zones. Zone 1 – Captain’s Cabin showcases a history and accounts of ship trade, the capital building and relocation, and Krung Thonburi as a port city for commerce. Zone 2 – Crew Cabin demonstrates an atmosphere and life on board. Zone 3 – Civilization Archive contains a biography and initiatives of King Taksin the Great in city rebuilding, a chronology of wars to unify the kingdom, Thonburi-China trade relations and diplomacy, world trade routes, and ‘ship’ as a symbol of prosperity. There are also hands-on activities for visitors to enjoy some on board experiences such as hoisting a cargo crate as if being a crew member of ancient times. Visitors can also change into national outfits of various nationalities through Kinect and take photos with the civilization archive and share them on board. The ‘Sri Mahasamut Ship’ also has a good view point on the top deck as well as retail and coffee areas for visitors.