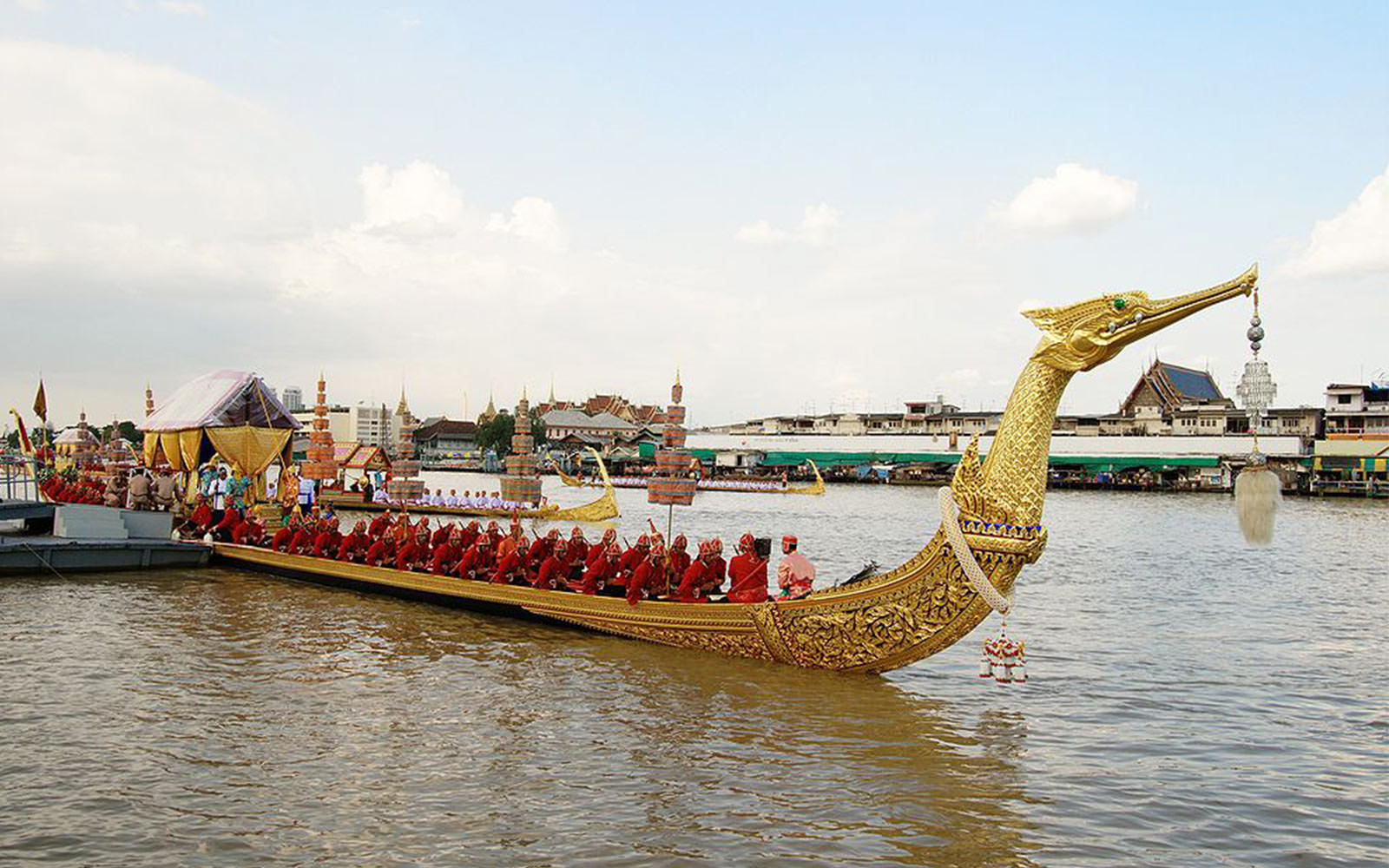 Iconic as Thailand’s postcard model and curiously symbolic as a case study of material reuse.

This October's royal barge procession is the last part of the Coronation of His Majesty King Maha Vajiralongkorn Phra Vajiraklaochaoyuhua (Rama X).

UPDATE (17 OCT) : The royal procession has been rescheduled to 12 December. This page will be updated as more information is announced.

This special royal river procession will be presided by His Majesty the King and involve up to 52 delicately crafted river barges and 2,200 seamen. Traditional rowing songs are also a part of this special ceremony. It should take about 50 minutes for the procession to complete the route. Starting from late August until a few days before the main event, there will be eight minor rehearsals and two major dress rehearsals.

This procession will start at the Tha Wasukri royal pier, near the National Library, and end at Wat Arun (Temple of Dawn). (Some sources have reported that the final location is Ratchaworadit Pier.)

Note: You will not be able to watch the ceremony from any location riverside along the route. This also means you cannot view it from the balcony of your hotel or condo. You’ll also have to draw your curtains all day if you’re riverside.

This special event dates back hundreds of years and is only performed for special occasions. Originally stopped in 1932 with the end of absolute monarchy, the tradition was revived by the late king Rama IX in 1959. During Rama IX’s reign, the royal river procession has made an appearance on the river only 16 times. The last time a royal river procession took place was in 2012 for the Royal Kathin Ceremony (a ceremony presenting monks for robes). The royal barges are typically stored at the National Museum of Royal Barges in Bangkok Noi district, open to the public.