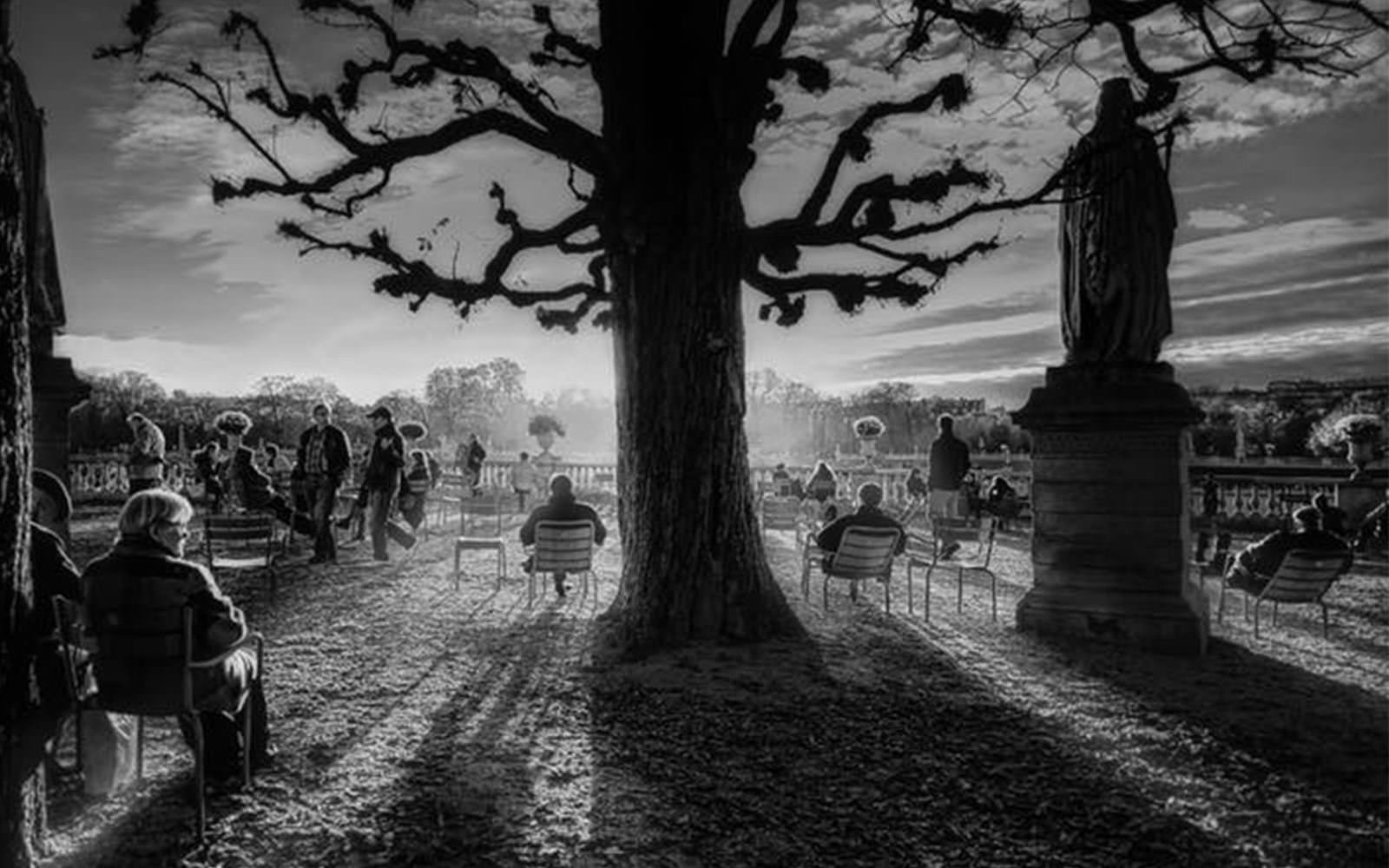 Rays of Light, an Exhibition by Viraj “Andrew” Bunnag

Part coffee shop, all art, this gallery provides a comfortable environment to take in the art on the walls.

This visually-arresting collection of images— many of them international award-winners—showcase his personal work over the years. The eclectic array of images reflect Bunnag’s diverse enthusiasms. Black-and-white and color images sit together seamlessly, to dramatic effect. The varied subject matter—from street, to sport, to architecture—lends the show an impressive range. Yet while the material is intensely shaded, the one constant is Bunnag’s use of light. Whether he is capturing a moment in a street scene using his highly-individual perspective through the lens, or displaying his virtuoso ability to bring images to life on the post-processing side. Either way, Bunnag imbues the images in this “Rays of Light” collection with a stunning, ethereal quality.

In particular, Bunnag teases a cinematic film look from the photos. Indeed, his goal is to convey a complete, rounded story in a single frame. To that end, he melds his art training and finely- honed skills acquired in computer graphics from the feature film industry. Employing stylized techniques more associated with movie color and lighting, he enhances the images to capture different moods and atmospheres to magnify the story caught in that single instant while still remaining true to the original subject. The results of this complex—perhaps unique—process, elevate the images far beyond mere photographs.

About the Artist:
Viraj “Andrew” Bunnag is a graduate of the Art Center College of Design in Pasadena, California, as well as the prestigious ESAG Penninghen School of Design in Paris, France. After graduation, he forged a career in computer graphics and animation in the US. He began working in the video gaming industry, eventually landing a role at Digital Domain, one of the top feature film VFX companies in the US.

Since 2010, Viraj Bunnag has turned his focus to his abiding passion — photography. He channeled this love into a career as a highly-regarded, award-winning freelance photographer and image retoucher, employing to the full the finely-honed skills acquired during his time in the feature film industry.