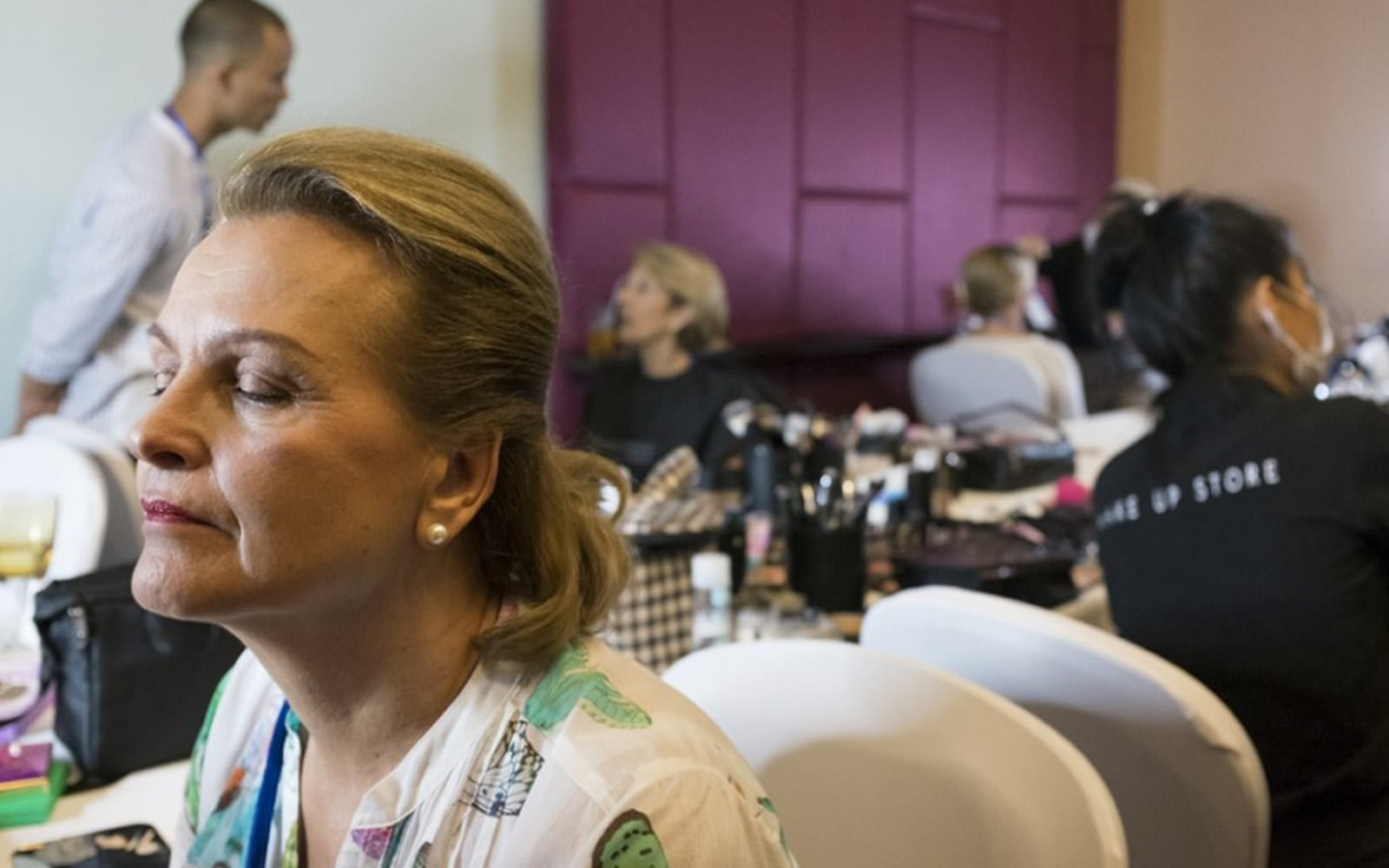 11AM - 6PM, Closed Every Sunday and Monday

There are many shophouses that have been renovated to reinvigorate the place. Not many retain the spirit of an old house except for Kathmandu Photo Gallery.

In black tie and national dress, the immaculate people in Official Function’s carefully-staged world perform a grand charade for the good of their country.

Through the lens of Pericles Boutos, we are not complicit in voyeurism but participants. There is no judgment amidst the chatter & the tinkling of glasses, only exquisitely observed moments of odd beauty and human truth in the theatre of diplomacy.
Known here for his mesmerising series on natural devastation and resurrection in ‘Fire/Regeneration’ (2017), Pericles’ new world exists like a mirage on the other far end of reality. Technical precision, artistic depth and access are not often found together. However beleaguered Greece is, she must still be a great country if she has the guts to send an artist as ambassador to Bangkok, where he has found his poignant and fascinating new subject: official gala functions, which he must attend in his official diplomatic function persona.

Says Pericles Boutos : “My roots are in street photography. It’s a tricky proposition to reconcile my two worlds. When faced with new places and cultures, I try to determine where my personal artistic interest lies. One can feel at the same time empty and overwhelmed. Undoubtedly there is a connection between the two states. ‘Access! You have access!’ was the exhortation of an old photographer friend. She’s right. Access is the photographer’s most valuable asset. Access in this case was at the cusp of both worlds.”

Pericles Boutos has been making photographs for more than three decades. Originally self-taught, he perfected his knowledge following the seminars of Platon Rivellis at the Photography Circle of Athens in 1985 in the history and aesthetic of photography. In 2003, while on sabbatical leave, he attended a selection of courses at the School of Visual Arts, and the International Center of Photography in New York. A professional diplomat since 1986, he is now Ambassador of Greece in Bangkok.