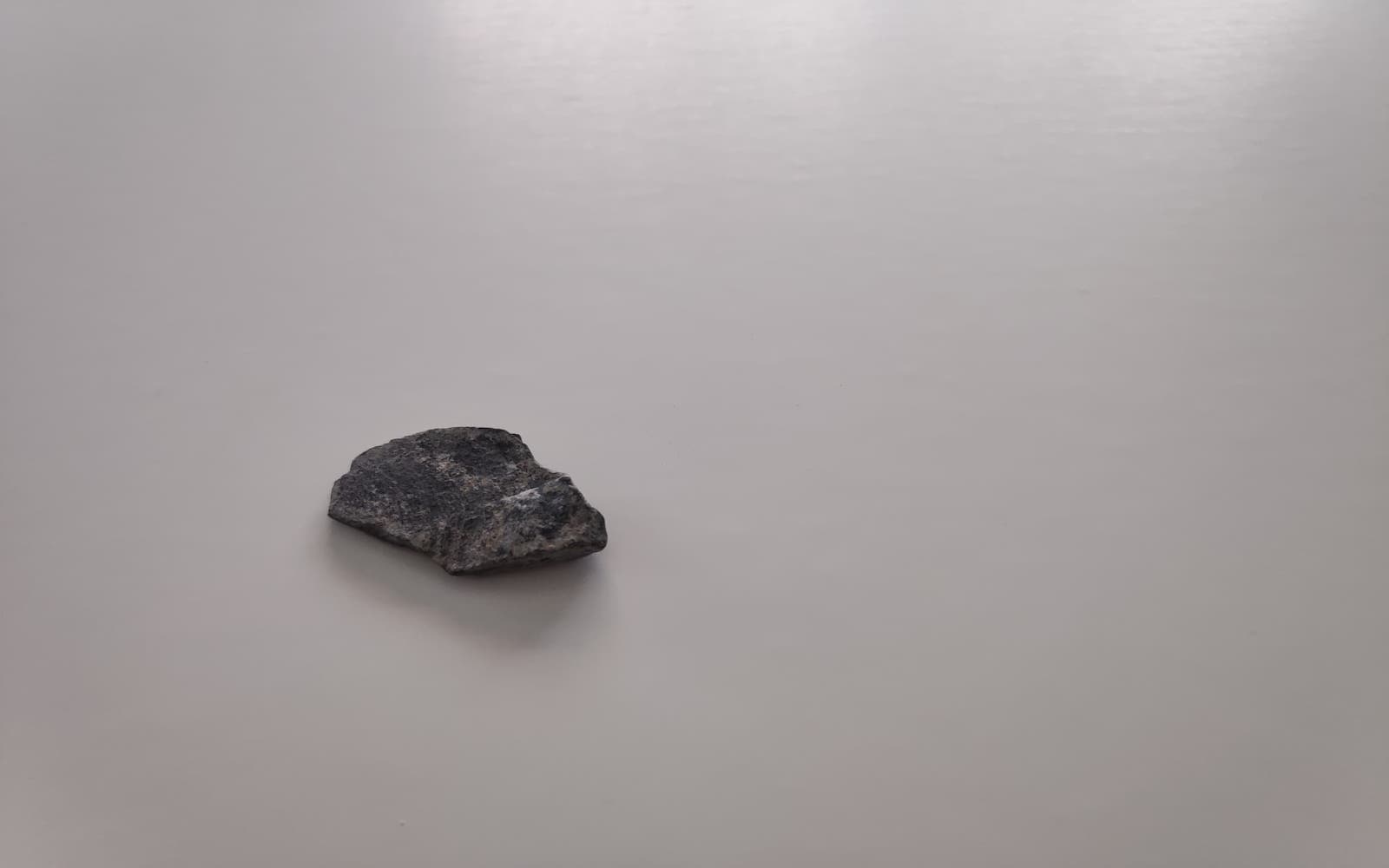 Known for their use of everyday objects as the mediums of storytelling, Phornphop Sittiruk and Latthapon Korkiatarkul transport their artistic expressions with object as ordinary as ‘stone’ for their exhibition, ‘Objective’. Their artistic language evolves from the process that does not only change the materiality of an ‘object’ and ‘material’ but also it’s meaning. Through their own artistic processes, Sittiruk and Korkiatarkul embark upon endless experimentation, research and exploration for new creative possibilities.

Korkiatarkul’s use of stone as the primary object takes the inspiration from Gliding Between The Vase Space, 2018, the series the artist created during his time as artist-in-residence at A. Farm Residency, in Vietnam last year. During his journey to different places in Hồ Chí Minh City, the artist picked up a number of stones and concrete scraps from debris of buildings demolished as a result of urban development. He took the salvaged materials back to his accommodation and through his own work process (transforming the materials’ physical qualities and giving them new meanings). With the originality of the material still being used as a point of reference, Korkiatarkul preserves the stones’ original appearance as much as possible. Nevertheless, defining them as ready-made or found object may not be as important as the objects’ ability to communicate stories.

With ‘Objective’, Korkiatarkul gets rid of the context surrounding the works from the original series. He went out to find a new collection of stones and co-develop them with Sittiruk, who selected a number of Korkiatarkul’s salvaged stones and created their replicas using plaster casting mold. Sittiruk pays particular interest to the reproduction process and the regenerated value of the reproduced objects. In the exhibition ‘Two men look out through the same bars: one sees the mud, and one the star’ (2016) held at the Art Centre Silpakorn University (Wang Tha Phra), Sittiruk reproduced 24 new vases from one broken vase for the work titled Time & Accident, 2016. He questions the belief that the reproduction process destroys the value of the original, asking if the original object is incomplete (broken), would the reproduction ends up creating a mass amount of imperfection.

While the primary subject of his work is about creating a replica, the concept, which is similar to that of Korkiatarkul’s work, Sittiruk does not intend to recreate Korkiatarkul’s direct experience with the original objects through the casting process. The method in which Sittiruk utilizes when he works with these objects is basically a linkage, serving as the objective of the reproduction itself. It causes the original meanings created by Korkiatarkul to disappear and makes ways for the new meanings that Sittiruk gives to the objects to emerge. In this sense, the final forms of the stones end up being highly similar. Nevertheless, the thought and production process carried out with the primary objects (stones) by the two artists are completely different.

While the physical qualities of stones are strong and durable, Korkiatarkul and Sittiruk’ stones seem so weak and fragile to the point where they are protected by glass cabinets (although the glass cabinets could simply be used to prevent viewers from snatching the exhibited objects home without permission). In the midst of tens of stones of various forms being displayed, viewers could not help but scan the exhibited objects to find out who are their creators. In the meantime, they couldn’t help but the ​question, ‘Why stones? ‘What are the significances of these particular stones?’ But are these questions worth contemplating when there are things such as the factors that cause these ordinary objects with no story or background to become a work of art to think about. Maybe the matter of ‘where they have been’ isn’t even needed considering the possibilities of ‘where they are going’ are being presented right before our eyes.

Accompanied by the presence of exhibition displays, lighting design or the gallery’s space itself, these stones and the ‘ordinariness’ they embody lead viewers to think about the elements surrounding them. Intentional or not, they unfold the behind-the-scene details that contribute to the process where objects are turned into art.

Apart from the objects’ physical properties, the name of the exhibition implicates an attempt to discuss the artists’ objective as well as their definition of ‘objectivity that opens to many other possible meanings. In the meantime, the definitions provided in this piece of writing or given by the artists themselves are merely the points of view of someone who happens to have a chance to read the work before anybody else, and nothing more.