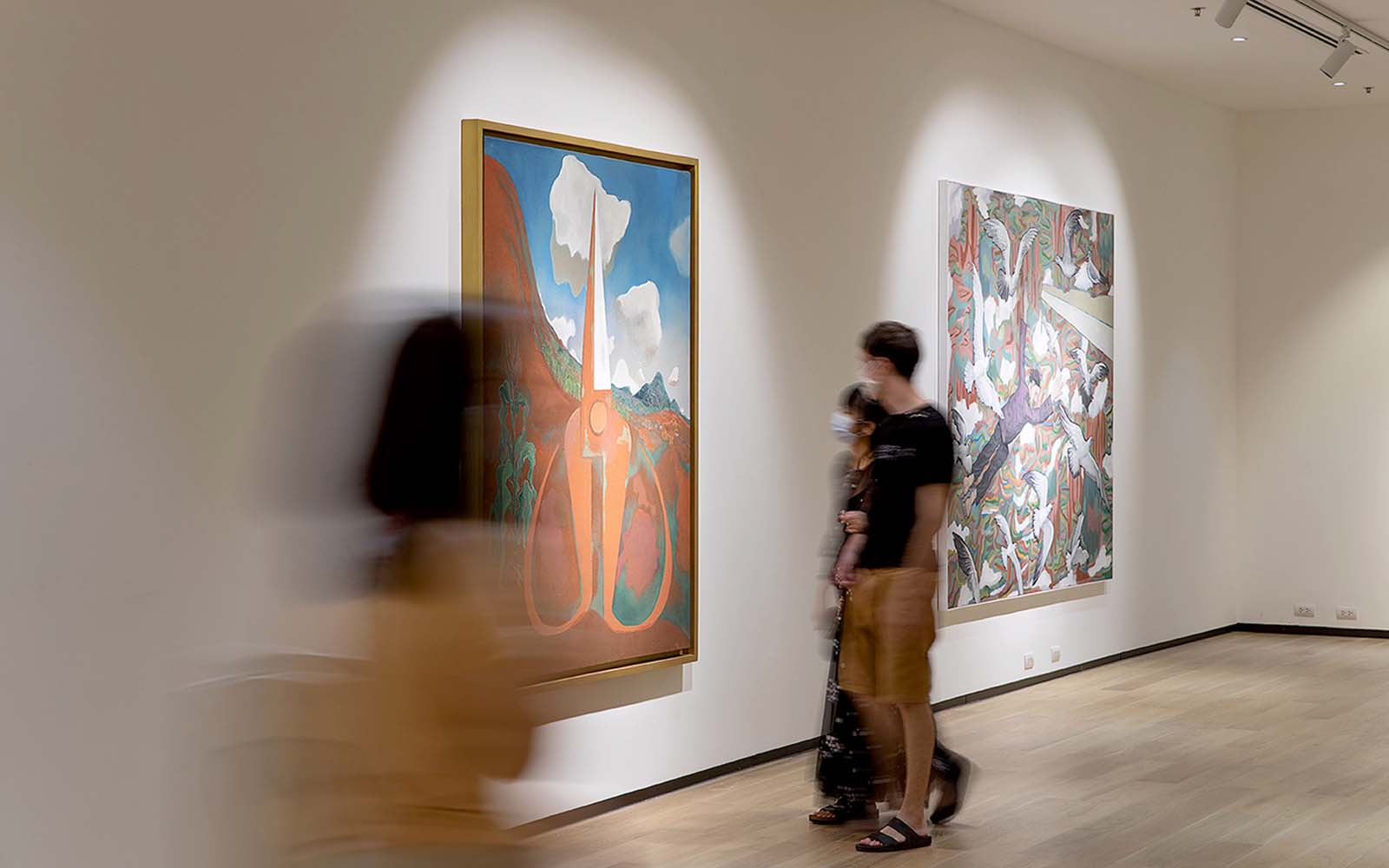 Tang Contemporary Art Bangkok is proud to present “Mount Gui: Mao Xuhui and His Students,” a group exhibition featuring iconic artist in Chinese contemporary art history, Mao Xuhui, and his eleven students. Curated by Dai Zhuoqun, the exhibition showcases more than 20 artworks created between 2006 to 2020; these pieces were inspired by Mount Gui (Guishan), located on the Yunnan Plateau.

Mao Xuhui has earned a crucial position in Chinese contemporary art history, recognized as the leader of the avant-garde community in southwest China in the 1980s and is also one of the figures in China Art Power 100. Often experimenting with the use of symbolism and metaphor, Mao Xuhui reflects on the social reality and the existential value of an individual’s life. He uses everyday objects, such as scissors and chairs, as recurring motifs, which originally was a metaphor for the central authority or paternal power, in response to the historical and cultural context in the 1980’s.

Due to its artistic value and unique atmosphere, Nuohei village, at the foot of Mount Gui, comprised of stone houses built by the Sani people, is often visited by many artists. Art professionals have ventured to these rural communities as early as the 1970’s, and Mao Xuhui, as a young student, also made his way to Mount Gui for this reason in the late 1970’s. On Mount Gui, Mao Xuhui savored their reverence for a simple life surrounded by nature, which greatly impacted him as an artist in the years to come. Since the establishment of the painting major at Yunnan University in 2004, Mao Xuhui has continued to bring his students from the university to Mount Gui year after year to allow his students to explore their creative voices and artistic processes; these trips to Mount Gui have become an integral part of his teaching method.

“Mount Gui: Mao Xuhui and His Students” will highlight pieces from not only Mao Xuhui, but also Chen Chuan, Li Rui, Liu Renxian, Liu Yu, Liu Chunliu, Guan Saimei, Ma Dan, Su Bin, Tao Fa, Wang Rui, and Xun Guipin. Each piece will reflect each artist’s insight into Mount Gui, while also expressing one common observation, as curator Dai Zhuoqun states, “Time on Mount Gui is frozen time, repetitive time, reflective time, and as a result, it has become eternal time. There, the painters, like the villagers, set out early and return late; they paint dawn and dusk, the cornfields at high noon, cattle and sheep returning from the pastures, and dreamscapes of the land and village houses. Because Mount Gui had been frozen in paintings, it had gradually come to represent a spirit, a punctual, independent, and solitary artistic attitude. It is a diligent approach to the language of painting – perhaps art can only be so calm in a place, where nothing changes.”