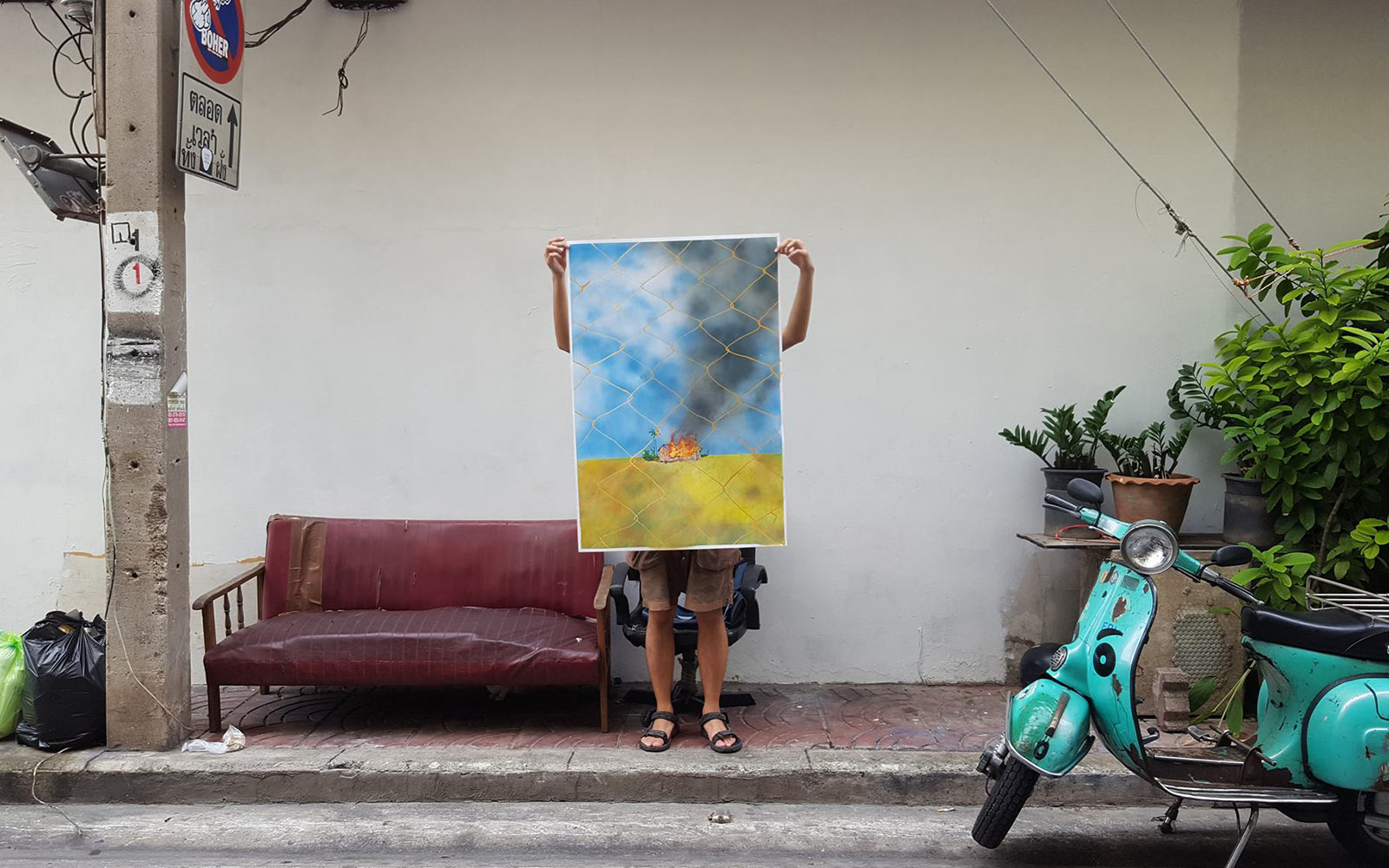 Out of the mosquito net : Hiraparr Wilson

With a name like that, you know it is bound to be fun and quirky.

"Out of the mosquito net" is a literal translation of the meaning of "out of the loop" into Japanese proverb.

I came to Bangkok from Tokyo, it is just “out of the mosquito net” state. From Japan, also from Thailand. And this brought lots of new discoveries for me.

By getting outside from a well-known safe place, I was able to participate in new things, and got stimulation and freedom.
But I thought that I went outside Was there really out there? Rather, where is inside?

Everything contains conflicting things.
And the way to keep imagining is the only the way to get there.

Is there a lot of mosquitoes there? What if they come into the net? That’s the worst situation, is not it?

Are you out of the mosquito net now? Or is it inside??
If so, then what would you do?