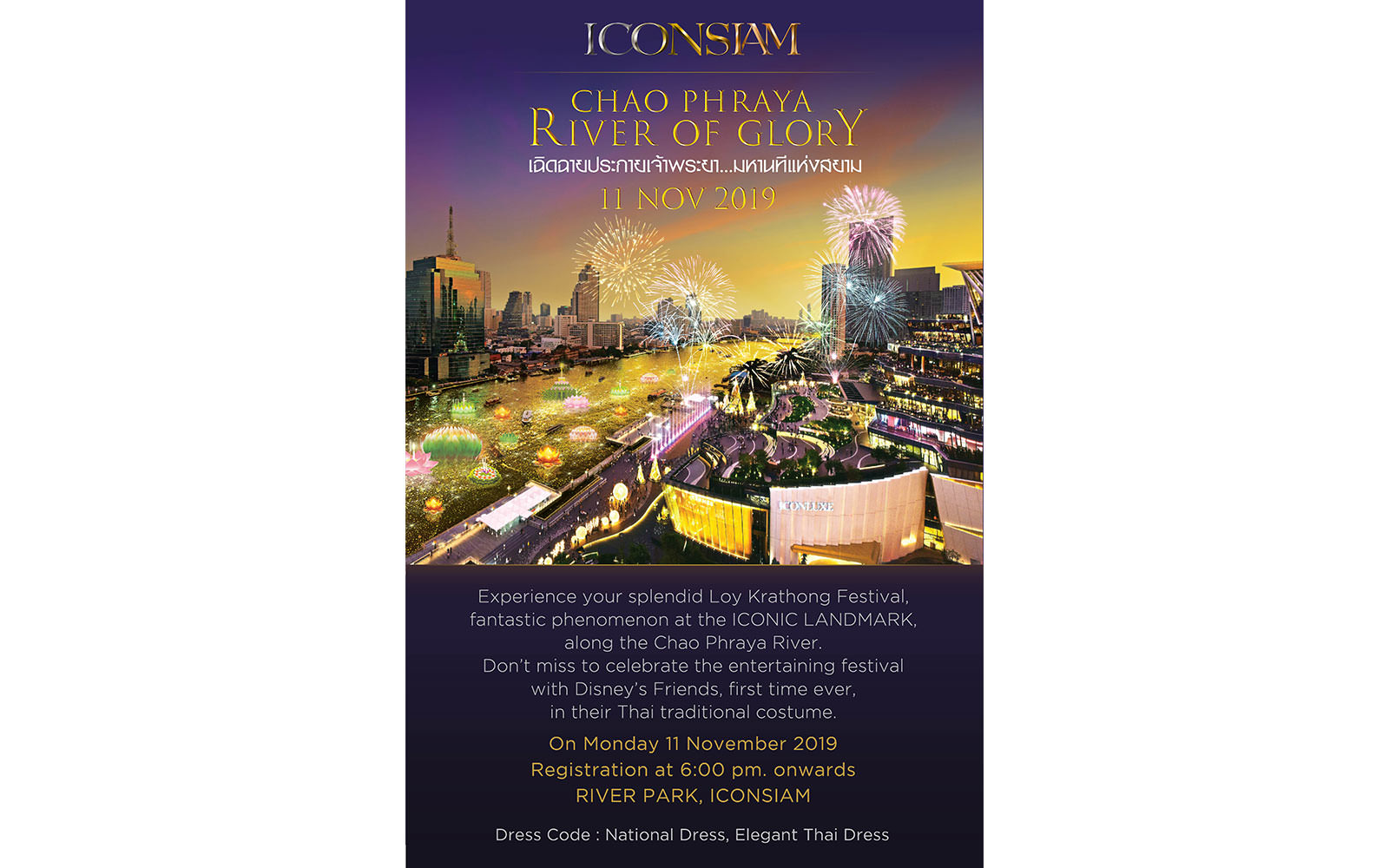 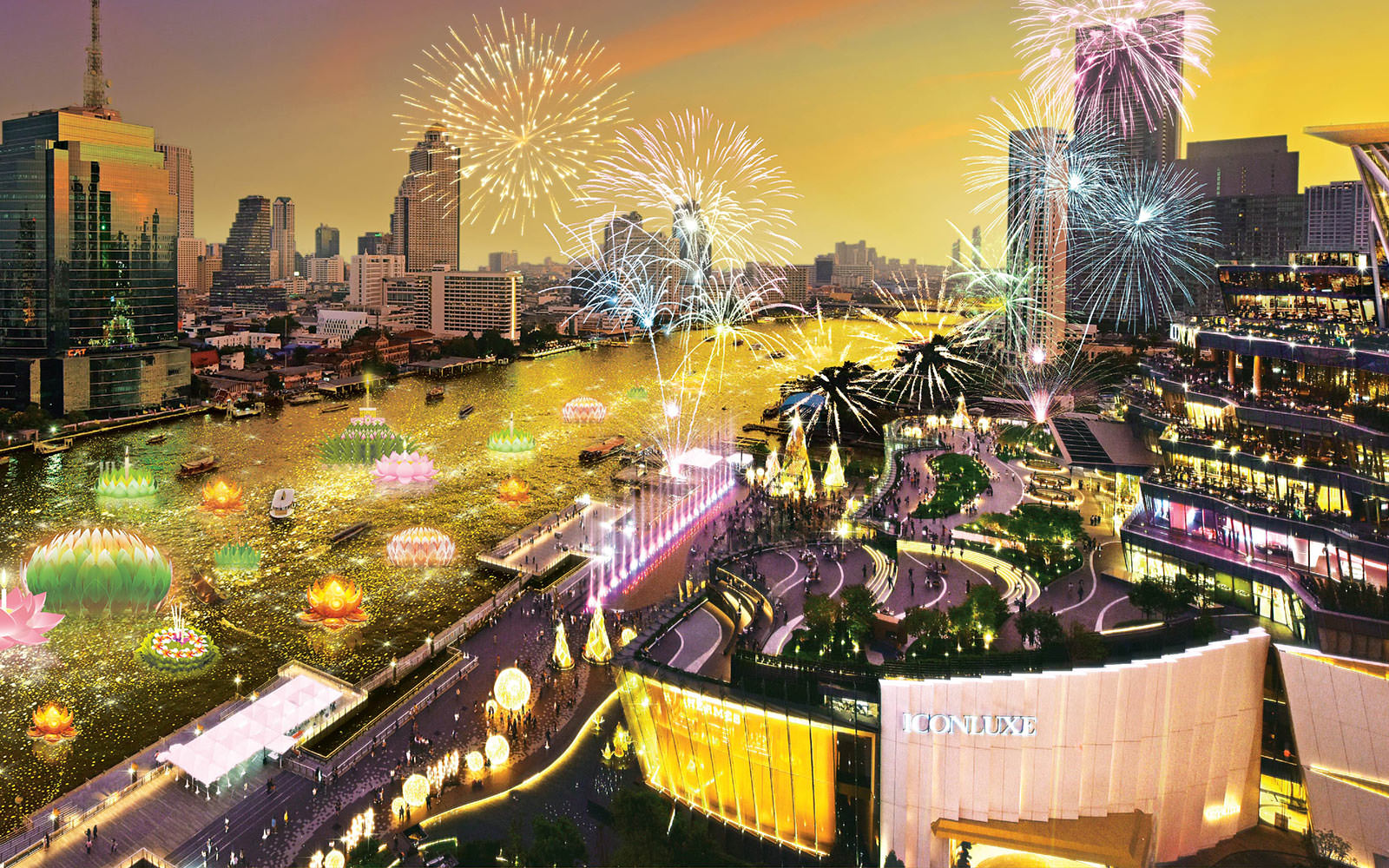 Join us in celebrating the Loy Krathong Festival, with amazing entertainment along the river bank. Explore perfect dazzling show of lights, colors, and sounds with stunning background of the Chao Phraya River.

In the event at River Park, visitors can bear witness to multiple performances of contemporary Thai art including the ‘River of Glory’, showcasing the highly valued traditions and the prosperous growth on Chao Phraya River. Through the local shadow puppetry performance, the stories of historically significant landmarks unfold in a modern interpretation, to celebrate the long-lasting heritage. In addition, a parade show of the legendary icon Nang Noppamas, led by celebrity Nune-Woranuch Bhirombhakdi, as well as ICONSIAM’s Nang Noppamas contest, a mini-concert performed by Thailand’s timeless folk and country music idol Got-Jakraphun Kornburiteerachote who are united to promote and preserve Loy Krathong traditions in full Thai costumes at River Park.

The eventful day only gets more spectacular as with the inclusion International Iconic Krathong exhibition, courtesy of 15 embassies and their staff members who have designed lavish Krathong, produced from natural grains, with each country proudly presenting its unique design elements and inspirations. In addition to the exhibition from all 15 embassies in Thailand, see another wondrous exhibition of handcrafted Krathong designed by university students from 8 leading universities in Thailand at River Park.