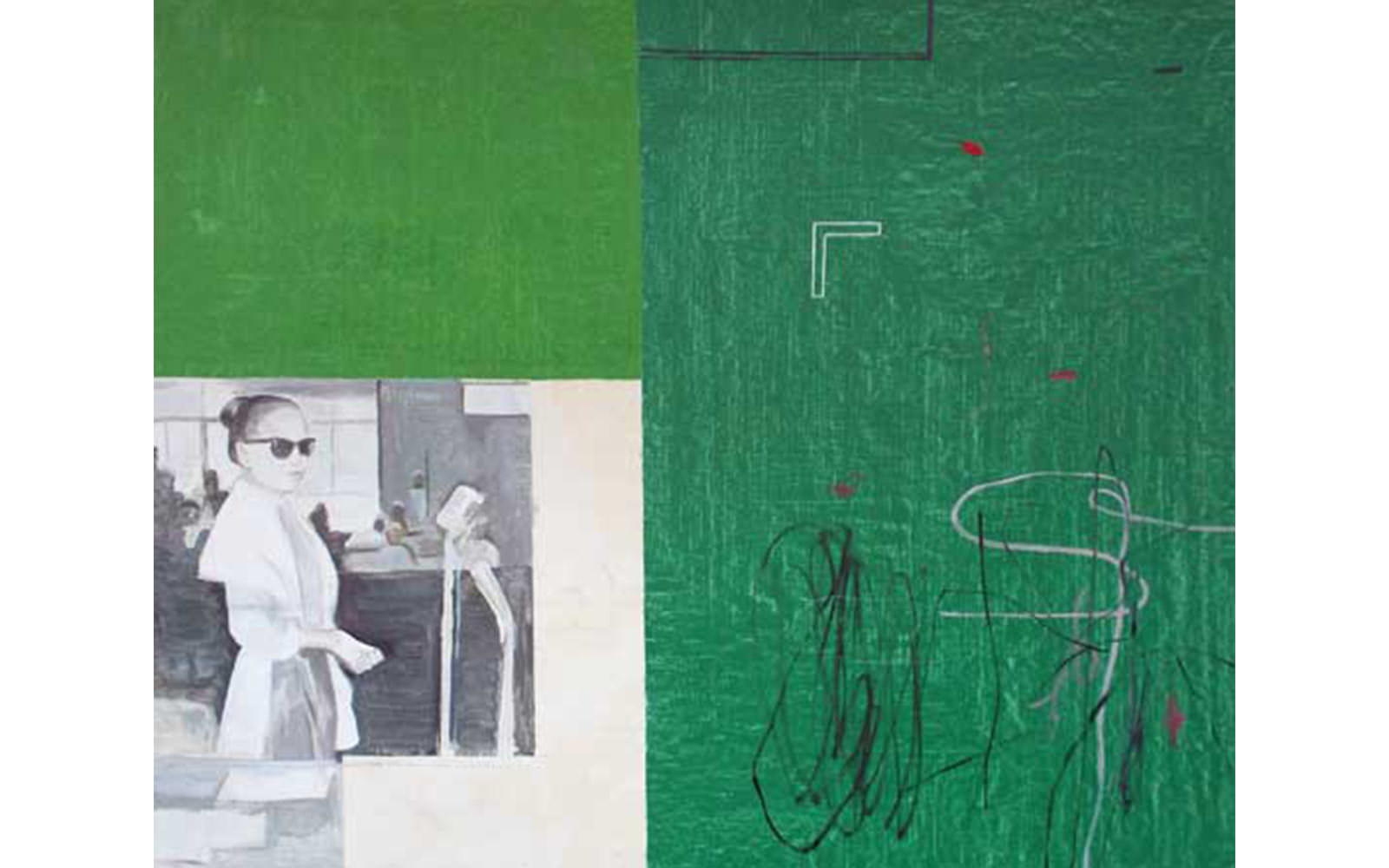 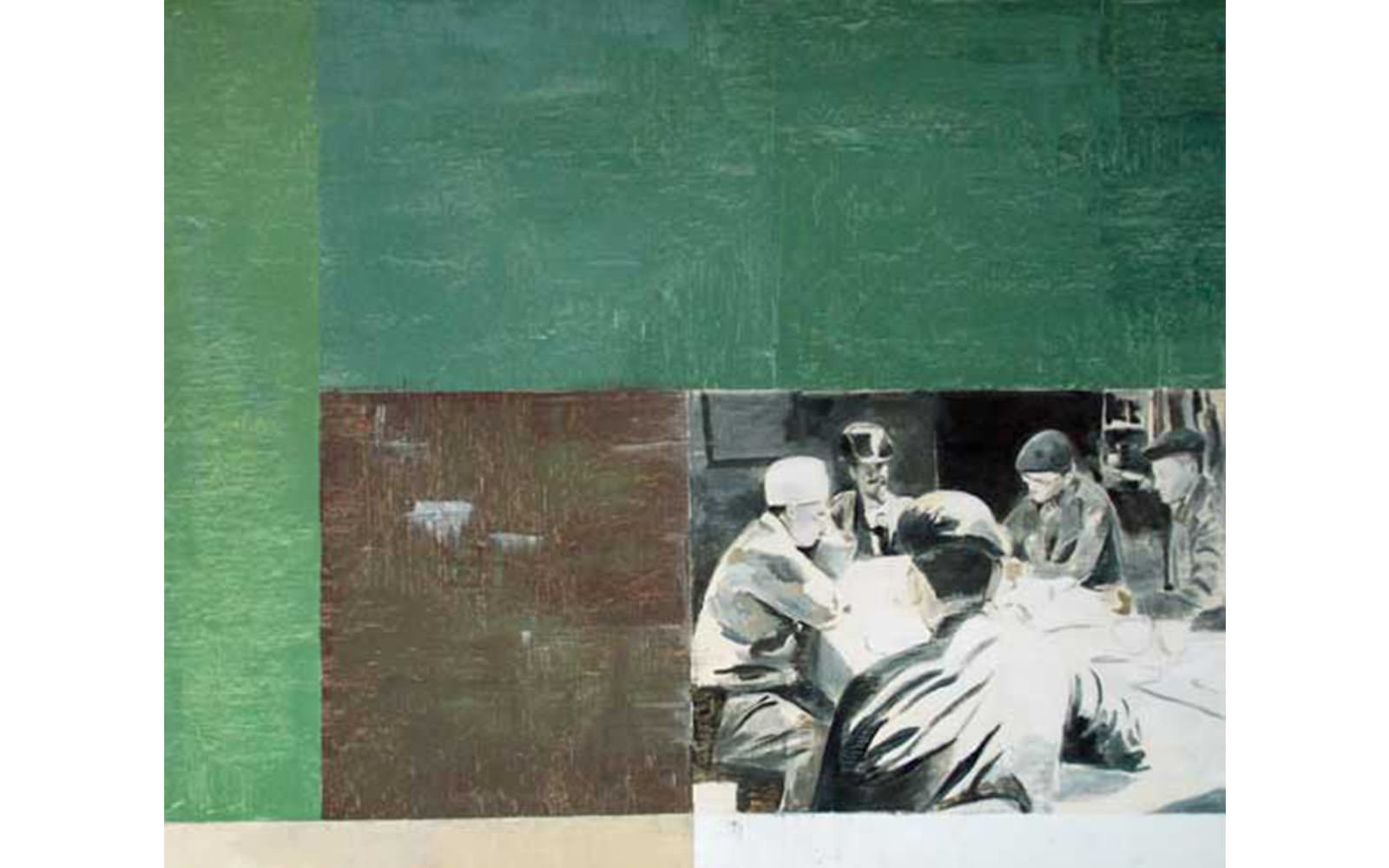 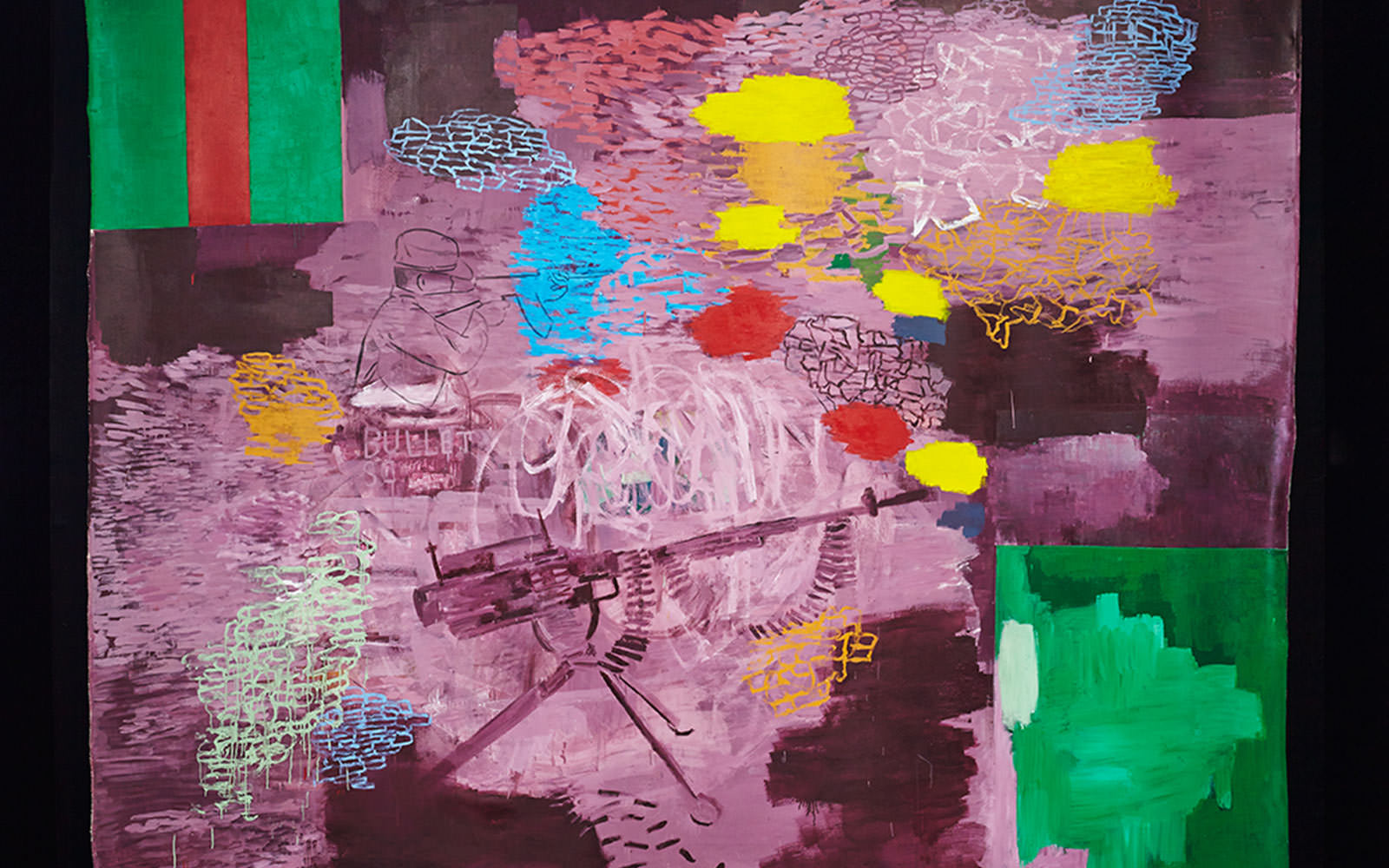 Established in 2002, H Gallery is well respected and considered to be one of Bangkok’s leading galleries in contemporary art.

Working out of Chiang Mai since 2017, his paintings possess rough-hewn surfaces where contrasts of images and text claim fractious relations of history and memory.

The Bullet School Canvases are an extensive series of site specific, large-scale installation based paintings created for H Gallery Bangkok.  The scale of the installation and multiple perspectives heighten the drama of the subject-matter.

Many of Yawnghwe’s paintings are based on the flag-like structure of color-field grounds, and the preponderance of green is symbolic of both Shan State and Burma/Myanmar, symbolizing agricultural abundance and peace. Across these grounds, carefully rendered media images, personal memorabilia, graffito and abstracted signs seemingly float or hang haphazardly. Acronyms for rogue armies abut images of military hardware, glamourized depictions of politicians and figures wearing modern and traditional garb. Most recently, Yawnghwe has produced lush paintings of landscapes that are less suggestive of the passing of time on conflicted geographies, or prelapsarian romanticism, than how violent histories can become lost.

The rough and jumbled appearances in Bullet School shape a crisscrossing of vectors of remembrance; a skewing of the official terms by which some narratives and myths come to represent history and others don’t. Graffiti and the graffito can serve the voices of those written out of official histories, fragile lines and barely legible sentiments are a testament to social erasure. The flag-like forms of Yawnghwe’s paintings are not just a proud conduit for vested interests but now also a means of counter expression.