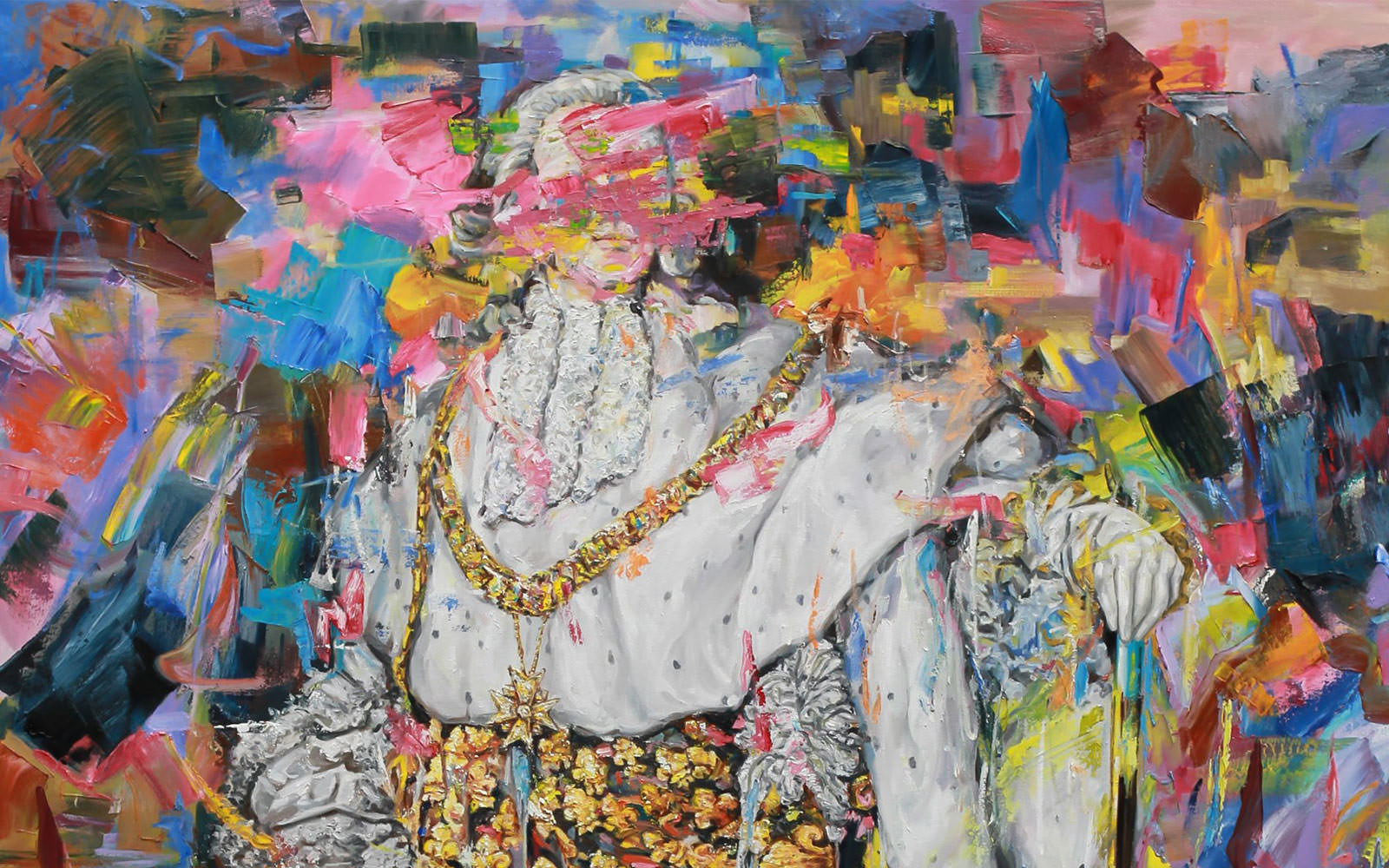 Art and the Crowned Heads

Galerie Adler highlights the talent of South East Asia, championing the region’s artist in their gallery in Creative District.

A few centuries ago, ornamentations and garments were used to indicate a specific characteristic of a person to the society, and also to create his own identity to others. The garments have been developed, and were ultimately changed into an instrument to represent one’s own status in the society. Above all, the beauty of the clothes was the driver of the reputation. No doubt that a majority of people scrambled to reach and possess these garments, which costed differently according to the social status.

During the 18th century, the “dress code” and the clothes mirorred the extravagance of the France Louis XV’s Royal Court and its courtesans. Both the texture and the pattern of the fabric developed and structured the complicated clothing codes of the aristocracy. The woven fabric industry even became the main vehicle for the wearers to show their prominence and financial influence. The luxurious and extravagant beauty of the toilets even became a remarkable image of the Baroque and the Rococo Periods. The trend later extended from France and Italy to England and developed into the Victorian Fashion.

“Art and The Crowned Heads” by Sarawut Yasamut draws inspiration from the clothing in the Baroque and Rococo Period, which reflects the luxurious extravagance and the importance of the appearance in the past. However, the condition still remains the same. The work of Sarawut Yasamut exhibits all the effort of the Nobility during these periods to capture attention and differentiate from others throughg physical appearance, using unlimited imagination and expenses to be the most “seen”. As a result, the perspective of the intrinsic value is forgotten. Sarawut’s artistic project was made to remind that our judgment of others should’nt be influenced by physical apparance or position, because, in the end, nothing lasts forever like the intrinsic value of each person.

The theme developed through Sarawut Yasamut’s exhibition and work illustrates how the outer appearance could’nt not indicate the intrinsic value. No matter how much the facial or external appearance can possibly be sophisticated, enhanced or made-to-impress , it cannot guarantee the inner value of a person.