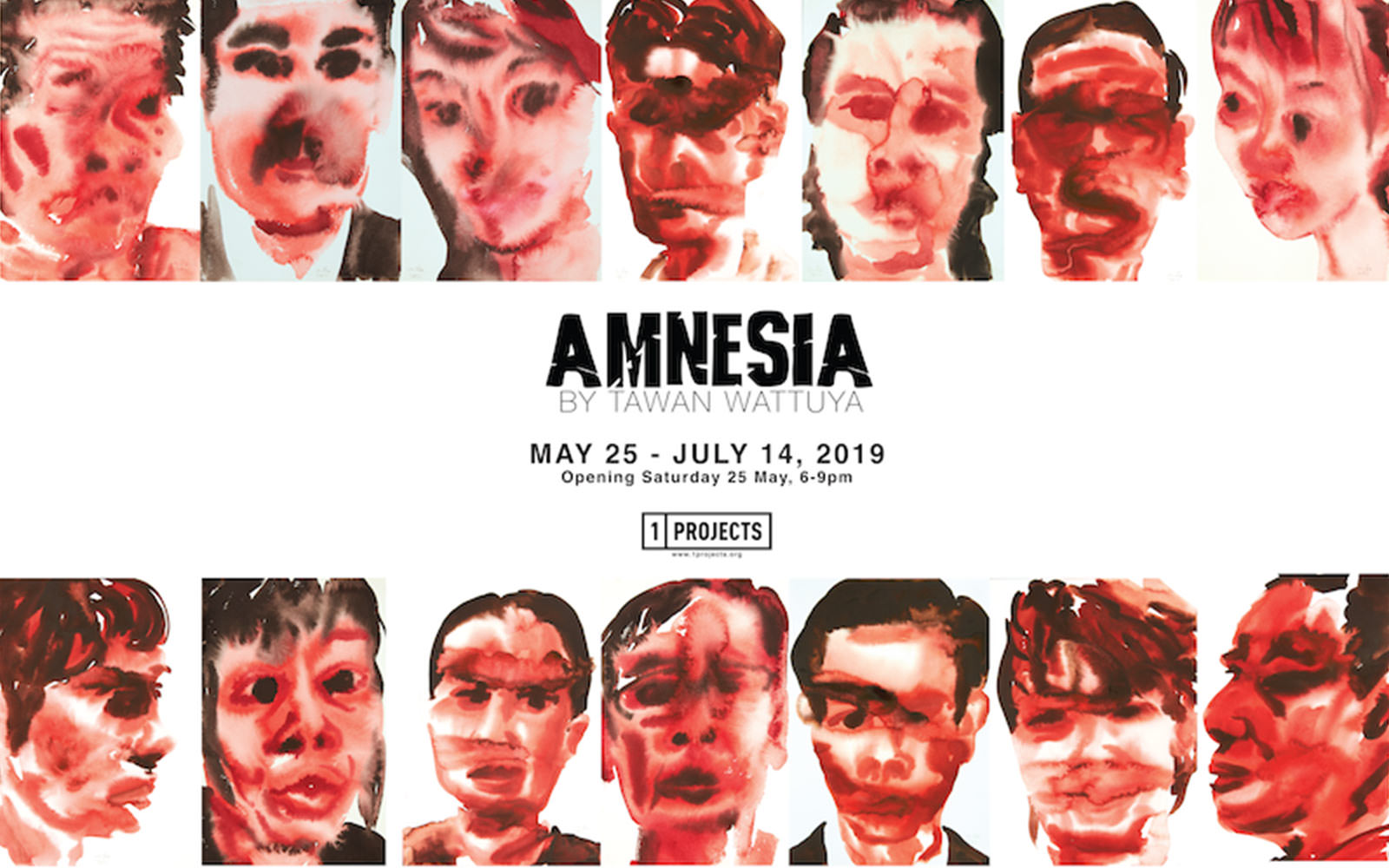 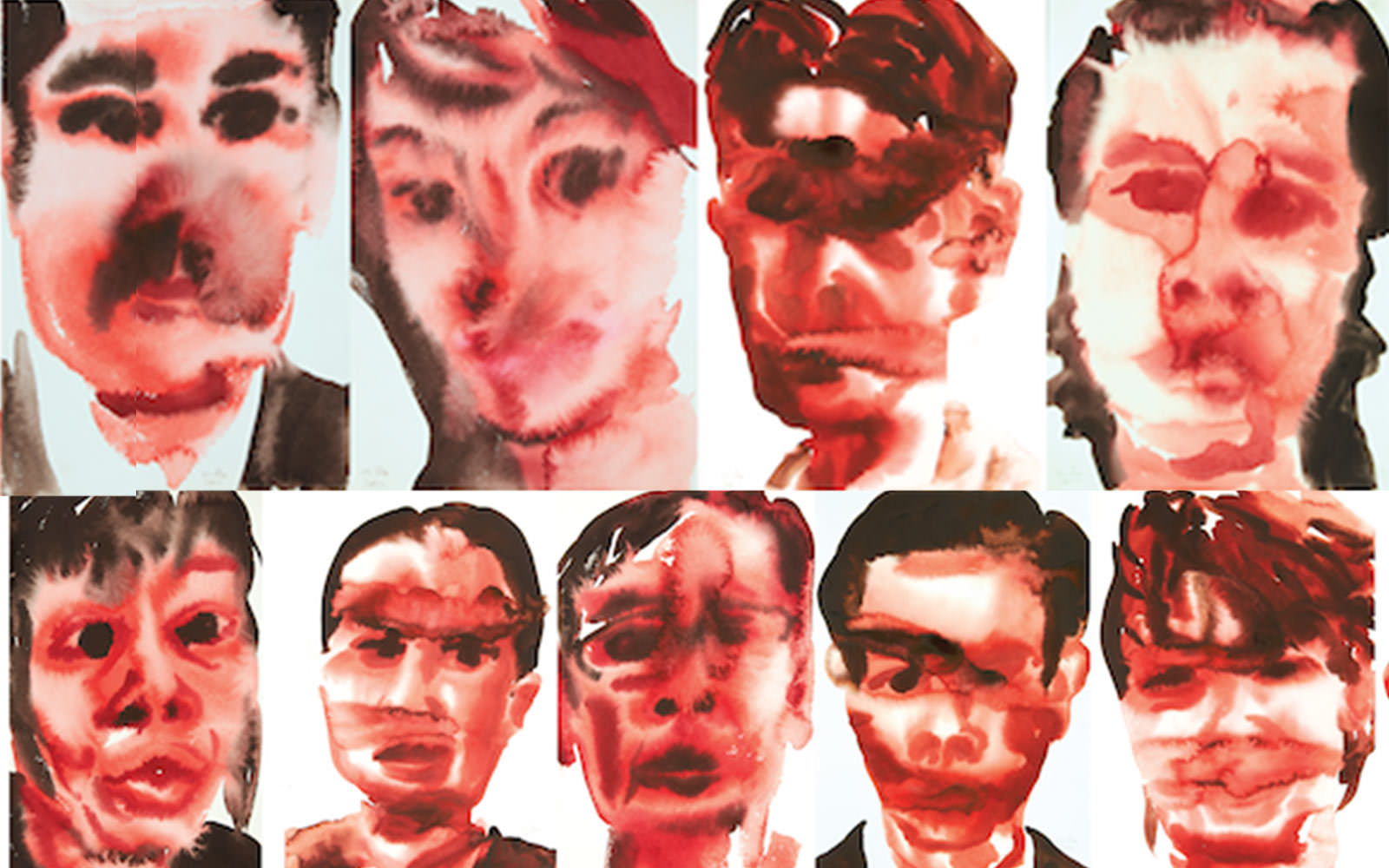 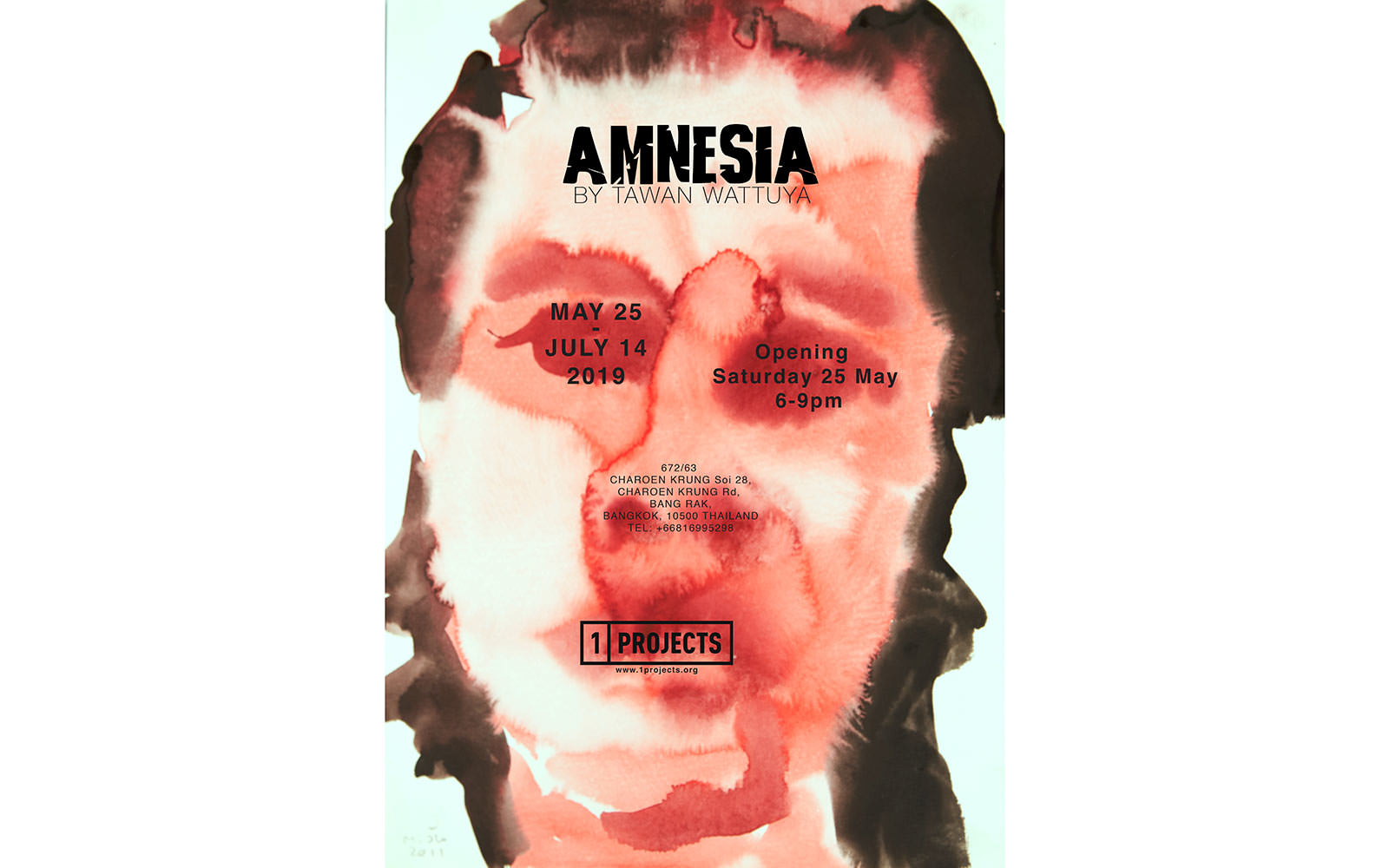 amnesia [/æmˈniː.zi.ə] – a person’s difficulty of recalling events that happened to them. The large-scale loss of memories, such as facts, information, experiences that should have not been forgotten including forgetting ones’ identity temporarily or permanently. It can be caused by traumatic experiences or by the use of hypnotic drugs.

Tawan Wattuya and the Negation of Amnesia

Just a few decades ago, Thai art remained dormant in the shadow of two main themes: “Pastoralism” and “Buddhism” seemed to be the horizon of creativity. But the recent social and political turmoil swept all certainties and oblivious tranquility away and left Thai people on an unfamiliar terrain. But with chaos came a movement, a new force and different perspectives that have animated art in this country in an unprecedented unique way.

As a renowned contemporary artist, Tawan stands on the crest of this new wave. His paintings are closely entwined in and inspired by controversial socio-political issues. In this series, Amnesia, he squarely confronts the chronic political violence in Thailand. His portraits represent persons who were the victims of or were affected by the suppression of political protests in April-May 2010, in which more than one hundred people died.

Lives lost in Thai political massacres tend to be lost twice in Thai history. Lives are reduced to only numbers and even these numbers remain ambiguous. Their names and their faces rapidly fade from collective memory. On the other hand, those who are directly or indirectly involved in instigating the violence hold prestigious places in Thai history. “The Lost Decade(s)” is the phrase used widely to refer to this latest and lasting political impasse, but what is really lost may not only be progress or economic wealth. The most traumatic loss for Thais may be their memory.

This exhibition of Tawan’s virtuoso in watercolour appears under the name Amnesia, but his work is instead the revival of memories. Looking deeply into his portraits, we see real humans. We see human lives. These paintings portray the identities and characteristics of distinct individuals. They had their own selves, their pasts and they should have had their presents. Although the pieces in this series are few, diversity in terms of age, class, gender, and ethnicity are present. Each piece contains a different emotion: calmness, determination, desperation, and pain. They are in contrast to the harsh, icy and identical nature of the images of metal weapons that are on the opposite wall.

The paintings also reflect Tawan as an artist. We comprehend him as simultaneously an “outsider” and an “insider.” His work is endowed with both a sense of distance as if viewing the events from outside and a sense of being unsettled and disturbed in a way that exceeds that of an observer. This double and contradictory point of view draws the audience into a mysterious in-between state. A state of being at once estranged and closely-involved. A state induced for introspection and contemplation on the predicament of existence.